Taiwanese Minister of Education Chiang Wei-ling said Monday that Gambian students on Taiwan government scholarships can stay until the end of the current semester, despite the severance of diplomatic relations between the two countries.

A total of 276 Gambian students are studying in Taiwan, according to the Ministry of Education statistics. Among them, 175 are on scholarships provided by the Taiwan’s Ministry of Foreign Affairs or National Science Council.

Based on humanitarianism, Chiang said, Gambian students on government scholarships can continue their study until the end of this semester in January 2014.

The Ministry of Foreign Affairs said Taiwan’s embassy in Banjul will be shut down, its technical mission withdrawn and all bilateral cooperative programs terminated. 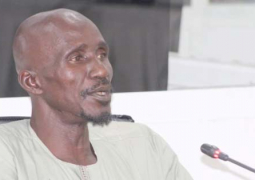