One Mustapha Jabang who was accused of being in possession of stolen property will soon know his fate when his case comes up at the Brikama Magistrates' Court on the next adjourned date.

According to the charge sheet, on at Yundum village was found in possession of eight chickens suspected to have been stolen or unlawfully obtained. The accused pleaded guilty to the charge and the case was subsequently adjourned for judgement.

In a separate development, one Sarjo Camara who also pleaded guilty to a charge of stealing a bicycle and carpet would also know his fate on the next adjourned date.

Mr Sarjo Camara, a Guinean national was said to have stolen a bicycle and carpet, a charge he pleaded guilty to and the case was adjourned for judgement. 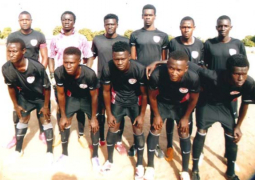