The annual championship brings together eight major Nawetan centres in the country for the prestigious community football tournament, but the country’s football governing body has decided to increase the number of teams from eight to ten this year.

As part of the opening game, the defending champions Serrekunda East will clash with city boys Banjul in group B encounter to be played at the Serrekunda East Mini-stadium a game described by many football fans in the country as mouthwatering.

Manjai will host Serrekunda Central in the other group A clash to be played at the Father Gough Sports Complex in Manjai Kunda on the same day.

Manjai and Serrekunda Central are the two new teams added to the famous eight teams.

On Friday 9 December 2010, Serrekunda West will meet Lamin in group B at the Serrekunda West Mini-stadium, while Brikama will entertain the tournament’s new boys Barra Essau and Mayamba (BEM) in the other group B encounter to be played at the Brikama Mini-stadium on the same day.

On Saturday 10 December 2011, Gunjur will rub shoulders with defending champions Serrekunda East in group A at the Brikama Box Mini-stadium, while will face Manjai in the other group A game to be played at the Banjul KG5 Mini-stadium on the same day. 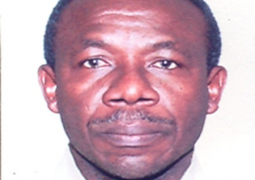