Trafficking In Persons (TIP) is a form of modern day slavery. It involves the trading of human beings for the purposes of exploitation. This exploitation can take different forms, such as: prostitution forced and bonded labour, forced marriage, and organ harvesting.

However, the first step in combating this aggravating global issue is increasing awareness among citizens.

Due to the growing numbers of victims being transported by land, air, and other means, responding to trafficking in persons becomes one of the best assets in the global crusade against this issue.

This training could not have come a better time than now, when developing countries are faced with numerous threats.

As rightly stated by the U.S. ambassador to The Gambia, tourism plays an important role in the country’s economy,  as it represents about 20% of the country’s GDP.

Suffice to that the training is in line with the Gambia’s Master Plan document as well as the Gambia’s position at Tier 3 in terms of trafficking in persons, child protection and prevention, valuable migrant children at risk among others to be adequately discussed during the ongoing training.

For The Gambia to successfully tackle the problem of TIP and child abuse, a strong collaboration and partnership with relevant stakeholders including police, government and civil society organisations must be prioritised.

We must understand that trafficking in persons is a human rights abuse and therefore a crime. Thus, all should be alerted to halt any form in the country.

We therefore, implore on participants to do justice to the raining by just implementing what they have been taught. Already, equipped with the necessary skills and  knowledge, let them not relent in their laurels in identifying and referring victims of human trafficking in line with national legislation and international instruments.

“Maybe slavery has been with us for centuries because of the inclination to maintain economic systems geared more toward commodifying human existence than developing its spiritual, creative, or scientific potentials. Such commodification instantly erases any recognition of humanity as a priceless value unto itself and reduces individuals as well as entire races, or a specific gender, to a bargain-priced ‘other.” 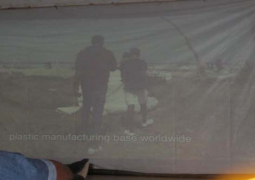