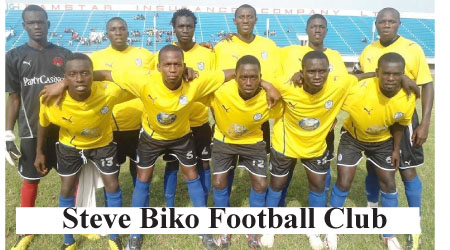 Steve Biko are nervous to seal victory in the 2019-2020 Gambia Football Federation (GFF) since the start of the country’s second tier on December 4.

The Bakau giant killers made a poor start to the league season after losing to Immigration 1-0 in their opening league game before slipping to Gunjur United 3-1 in their second league outing to remain pointless in the second division.

They will play away to newly-promoted side Falcons today, at the Serrekunda East Mini Stadium at 4.30pm.

Steve Biko will contend to grab the significant three points to move away from the relegation zone to improve their chances of regaining promotion to the first division next season.