We stand in solidarity with our counterparts in Nigeria, and associste ourselves with the contents of the MFWA statement below:

From June 6-9, 2014 there have been different incidents of attacks on media freedom in Nigeria. The attacks have come in the form of seizure of publications of The Punch, The Nation, Daily Trust, Leadership and Vanguard newspapers.

There have been arrest of newspaper workers and detention of vehicles belonging to media organisations. Some newspapers have also had their delivery vans searched while vendors in many parts of the country were also questioned.

There have also been reports that heavily armed soldiers were seen at the Murtala Muhammed international airport in Lagos searching all the editions of newspapers waiting to be sent out. According to The Nation newspaper, soldiers told its distributors they were acting on reports that attackers were attempting to use the newspaper distribution system to “ferry explosives to wreak havoc”.

The Daily Trust also said some of its vendors were arrested, and that a senior military figure had accused the media of “publishing and selling falsehood”.

Officials have however said it is a routine security operation and denied confiscating copies of newspapers. Many are worried that this is coming days after the country’s Information Minister, Labaran Maku, reportedly warned the media to “define the lines between the urge to report and the need to protect the interest of our nation”.

Witnesses said delivery drivers had their mobile phones confiscated and were not allowed to take the newspapers when they left.

Meanwhile, MFWA’s partner in Nigeria, the Media Rights Agenda (MRA) has described the situation as constituting harassment of the media.

“We are not at all persuaded by the Federal Government’s excuse that the action of its security forces in obstructing the operations of media workers all over the country, and harassing them for no legitimate reason, is a routine security exercise.

There can be nothing routine in such widespread and systematic violation of the rights of media workers and the flagrant breach of Nigeria’s international obligation to respect and uphold the rights of its citizens, including the media,” Edetaen Ojo, Executive Director of the MRA said.

These acts constitute censorship and stifle the media who are the mouthpiece of the ordinary citizen. It also violates the fundamental right of the public to information. Again it heightens the already tense climate of fear in the country.

The MFWA is by this statement urging the government of President Goodluck Jonathan to call the security forces to order, and allow the media to carry out their duties in an atmosphere devoid of intimidation and harassment.

Issued by the MFWA in Accra on June 10, 2014. The MFWA is a regional independent, non-profit, non-governmental organization based in Accra. It was founded in 1997 to defend and promote the rights and freedom of the media and of expression.

“When the public’s right to know is threatened, and when the rights of free speech and free press are at risk, all of the other liberties we hold dear are endangered”.

Detention without trial must stop! 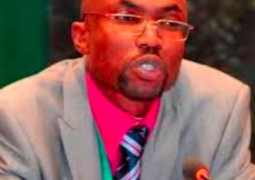