The Women's Bureau, in collaboration with the UNDP under Women Empowerment and Gender Mainstreaming Plans, recently gathered stakeholders to undertake a succinct discourse on awareness creation on the Women's Act 2010.

In his address on Wednesday at the opening ceremony of the forum held at the Paradise Suites Hotel in Kololi, the Executive Director of the Women's Bureau, Ida Fye Hydra, said the public and private sector stakeholder sensitization forum focused on strengthening laws towards the implementation of the women policy 1999-2010 and other international commitments of The Gambia.

The forum also discussed the importance of having the Women's Act 2010 as well as having a legal person who will help stakeholders and participants to go through the Act for proper implementation.

For his part, the Permanent Secretary at the Office of the Vice President and Ministry of Women's Affairs, Lamin Nyabally, said the meeting was "timely" as it was geared towards creating awareness on the Women's Act. "This is an important pre-requisite for the attainment of Gender equity and equality," Mr Nyabally said.

He applauded the UNDP for supporting the efforts towards the attainment of Gender Equality and Women’s Empowerment, in particular the Women in Decision-making Process..

While commending the UNDP, UNICEF and UNFPA for their support to the exercise and the forum, PS Nyabally also said he was grateful to and appreciative of the National Assembly through the Speaker for their collaboration and cooperation to the forum. 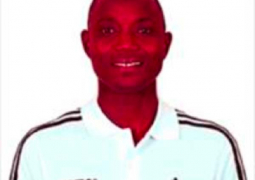