Representative of clubs calling themselves stakeholders of the Gambia Football Federation, GFF, yesterday held a press conference to clarify comments recently made by the members of the Normalization Committee, especially on areas concerning the much talked about GFA audit report, which was the basis for the findings of the Disciplinary Committee.

They called for the true presentation of the facts.

Addressing the conference at the Serekunda East Park yesterday, Mustapha Kebbeh, a GFF presidential candidate, stated his unwillingness to work with any sector that has no credibility, while declaring that it is about credibility, justice and fair play.

Mr Kebbeh further stated that despite claims by the Normalization Committee that FIFA has appointed them as an electoral body, the NC invited the Independent Electoral Commission, IEC, to conduct the election.

‘’But if you invite the IEC, then they should have been involved in all the electoral process and not just in the casting of votes. We will win democratically, because we are the choice of the people,” he said, adding that his candidature is being empowered by the people who asked for his leadership, and that his role shall be to reunite the people and the stakeholders.

“The Normalization Committee should avoid continuing to disunite people by mentioning or doing things that are unacceptable,’’ Kebbeh said.

He further called for an impartial body to run the election, while urging that the democratic process be respected. He said football cannot be run successfully when things are wrong, and that the Normalization Committee should have taken the touch and set a brighter example for the youth.

Borry Darboe said the Normalization Committee should be honest and professional enough to the Gambian youths, instead of issuing unfounded statements to the population.

“They should desist from tarnishing the image of The Gambia and portraying the youth negatively,” he said.

In reaction to comments by made by lawyerCherno Marena of theNC, who alleged that the GFA accounts were not audited for the past three years, BubaJanneh of the Bombadaagain expressed surprise that lawyers could make statements not backed by facts contrary to their sacred profession. He then invited former GFA treasurer Kemo Ceesay to explain.

Mr Ceesay then took the floor and started by exhibiting records of the audited GFA accounts from 2007 to 2011 to journalists. He said the documents clearly showed that GFA accounts were audited thrice a year and reports sent to FIFA.

‘’If during all these years it was only 27 queriesraised by the auditors, then by all standards, this isa big credit to the former GFA executive committee,’’ he said. 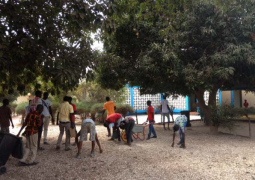 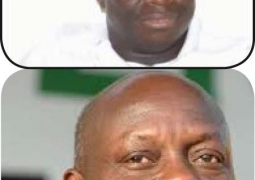