The Social Security and Housing Finance Corporation has donated a computer and accessories to the Gambia Immigration Department in .

Speaking at the presentation ceremony held recently at the Immigration headquarters in , Raymond Njie, senior public relations manager at Social Security and Housing Finance Corporation (SSHFC), said the donation was prompted by a request made by Sambujang Badjie, Commissioner of Banjul Division, for the Corporation to assist them with a computer to equip one of their offices.

Mr Njie said that after considering the request, his office deemed it necessary to respond to the call made by the Immigration Department, adding that it was also the SSHFC’s corporate social responsibility to support the immigration.

He added that his office had been supporting the immigration department.

Mr Njie says immigration plays an important role in the security of a nation since it is the first port of call for anyone entering the country. "So helping the Immigration Department is of paramount importance," he added.

He stated further that Social Security is not only lending its support to the security apparatus but also to the health and other sectors of the country.

He told the donors that the donated item would be of great use to the immigration department.

Other speakers at the ceremony included Commissioner Pa Baboucarr Mboob of Administration and GAMBIS, and Assistant Superintendent of Immigration Ensa Jawara, who is also the immigration public relations officer. 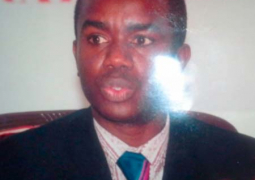 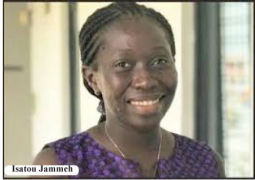