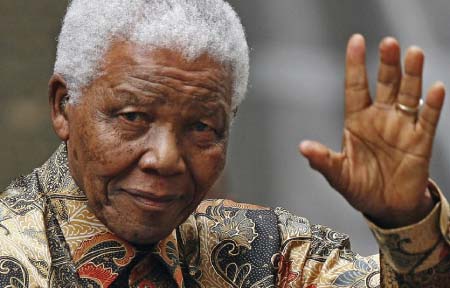 A book of condolences was opened today at the offices of the South African Consulate in Banjul located at the Premium TV Network office in Kotu, in memory of the late President Nelson Rolihlahla Mandela, to allow Gambians and non-Gambians resident in the country to pay their respects to the man most Africans consider as their hero.

The greatest son of South Africa, and undoubtedly one of the greatest lights the world has ever seen, the late Nelson Mandela died on Thursday at the age of 95 after months of illness.

The book of condolence is opened to the public as from 10am to 5pm from Monday to Thursday, and from 10am to 1pm on Friday and Saturday.

Meanwhile, with hymns and eulogies, South Africans of all colours and creeds remembered Nelson Mandela in a day of prayers on Sunday, holding him up as an example of freedom and forgiveness to build a better nation and world.

At churches, mosques, synagogues and community halls from the Limpopo River to the Cape, millions offered praise and reflected on a man celebrated as “Father of the Nation”, and as a global beacon of integrity, rectitude and reconciliation.

Mandela, South Africa’s first black president who steered his nation out of Apartheid and into multi-racial democracy, died on Thursday at the age of 95 after months of illness.

Since his death, the country has been gripped by an outpouring of emotion unrivalled since Mandela’s release from 27 years of prison in 1990 and his subsequent election victory. Crowds have piled flowers, candles, balloons and messages outside his Johannesburg home.

At the cavernous Regina Mundi church in Soweto, South Africa’s largest Catholic Church, hundreds of mourners young and old gathered to pray for Mandela and the nation’s future.

“We are praying for both,” said Gladys Simelane, an office manager. “People are praying that there will be change, that we will come together.”

Mandela’s former wife Winnie Madikizela-Mandela, dressed in black, attended a Methodist service in the northern Johannesburg suburb of Bryanston, where President Jacob Zuma hailed the values of the country’s most beloved statesman.

“He believed in forgiveness and he forgave even those who kept him in jail for 27 years,” Zuma said in a eulogy.

“He stood for freedom. He fought against those who oppressed others. He wanted everyone to be free.”

The day of prayers opens an official program of mourning that includes a memorial service in a Johannesburg stadium on Tuesday, and a state funeral next Sunday at Mandela’s Eastern Cape ancestral home of Qunu - expected to be one of the biggest gatherings of world leaders in recent history.

U.S. President Barack Obama and U.N. Secretary-General Ban Ki-moon will be among those at Tuesday’s memorial.

Mandela’s passing, though long expected as he succumbed slowly to a lung ailment dating back to his days in the notorious Robben Island penal colony, has plunged South Africans into soul-searching mode, six months before presidential and legislative elections.

It remains one of the most unequal societies in the world, still some way from the “Rainbow Nation” ideal of shared prosperity and social harmony that Mandela proclaimed, when he won the country’s first multi-racial elections in 1994.

In Cape Town’s St George’s Cathedral, where anti-apartheid campaigners sought solace and refuge in the 1980s, some in the packed congregation of locals and tourists shed tears during a tribute to Mandela by the Anglican dean, Michael Weeder.

“He was an exposition of the African spirit of generosity,” said Weeder. “And as he dies, he lives again and again. He is resurrected in every act of kindness.”

At the Rivers Pentacostal Church in Johannesburg, mourners, some draped in South African flags, watched a video hailing the Nobel Peace Prize laureate as “a rare man, a true non-racist and a breed of politicians South Africa needs again”.

In a country where many follow evangelical denominations, some held outdoor services in fields and parks. In the northern Johannesburg suburb of Sandton, members of the Paradise Apostles of Jesus Christ Church hailed “the father of Africa” in a ceremony by a muddy stream where several people were baptized.

Muslims in the mostly Indian neighbourhood of Lenasia in south Johannesburg held a commemoration in a local hall.

Newspaper editorials urged South Africans and the world to learn from a man hailed as “the Great Reconciler’, for the way he broke and bridged the apartheid racial divide that split South Africa for centuries, and brought its people together.

“Mandela’s legacy speaks of tenacity, courage, commitment and a relentless striving for justice - qualities we will require as we continue on our journey to build a new country and forge a nation with a common purpose,” the Johannesburg Sunday Times said in an editorial.

Capturing the national mood of reverence, South Africa’s most famous cartoonist, Zapiro, published a drawing of Mandela’s tranquil face, eyes closed, sinking over the horizon like a setting sun on the sea, while an awed crowd watches on.

“I don’t think we will ever have anybody like him. I compare him to Jesus Christ,” said Shadrack Motau, a Soweto resident.

The week of mourning and funeral events split between Johannesburg, the capital Pretoria where Mandela’s body will lie in state, and the Qunu funeral site will present the government with its biggest logistical and organizational test since South Africa successfully hosted the 2010 World Cup.

Despite the global homage, and although streets across South Africa and the world bear his name, Mandela during his life had pushed back against excessive hero-worship.

“I am not a saint, unless you think of a saint as a sinner who keeps on trying,” said the man with a beguiling smile who time and again charmed enemies, celebrities and ordinary people.

OPINION: Used, Abused and Dumped : the New Gambia Project is disaster for Youths