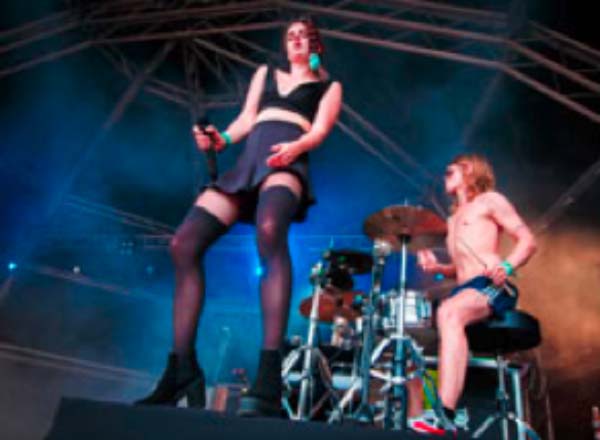 According to information monitor by The Point Entertainment and Lifestyle, it has been indicated that come June 18,19 and 20, 2015 Sonar International Festival is expected to shake the world by a heavy music performance for its audiences in Barcelona.

Created in 1994, Sonar is a pioneering festival with a unique format and content. It’s first-class reputation as a leading reference for international festivals is by virtue of a carefully balanced cultural offering, combining a playful nature, the avant-garde, and experimentation with electronic dance music’s newest trends.

Sonar is constantly on the pulse of the current electronic music landscape.

Its interactions and hybridizations with digital creation and new media, unites established artistes with emerging talent, in all areas of musical and audiovisual production.

Sonar’s founding values have defined the festival since its inception: the link between creativity and technology, its commitment to being a global event and a meeting point for creative people from both public and industry sectors, from different disciplines and communities.

Sonar Barcelona’s activities are divided into two main locations: the recently premiered Sonar by Day, located from 2013 in FiraMontjuïc, with concerts and dj’s, showcases as well as the new Sonar+D area, the essence of which is discovering and tracking new talent and enhance professional activities; and the larger shows at Sonar by Night, in Fira Gran Via de L’Hospitalet, where the leading names in the current international music scene are staged.

Sonar+Dpresents a programme with a common goal: to make the relationship between creativity, technology, mobility, innovation and business more transparent and accessible. The birth of Sonar+D in 2013 expresses a concrete commitment to Sonar’s professional activity, linking creative and technology companies of all kinds.

Since 2002 Sonar has organized more than 50 events in many different parts of the world, adapting the Sonar philosophy to unique venues and environments, and highlighting the most interesting homegrown talent and the scene in the city where it takes place. As well as the event in Barcelona, Sonar organizes festivals every year in other cities. In previous years, it has travelled to Reykjavik, Buenos Aires, New York, London, Frankfurt, Seoul, Lisboa, Lyon, Hamburg, Toronto, Montreal, Chicago, Boston, Denver, Oakland, Los Angeles, Tokyo and Osaka, among many other destinations around the world.

We do have African artistes. This year we would have artistes from South Africa, Black Coffee and Die Antwood, press manager Enrichetta Cardinale told Point Entertainment and Lifestyle.