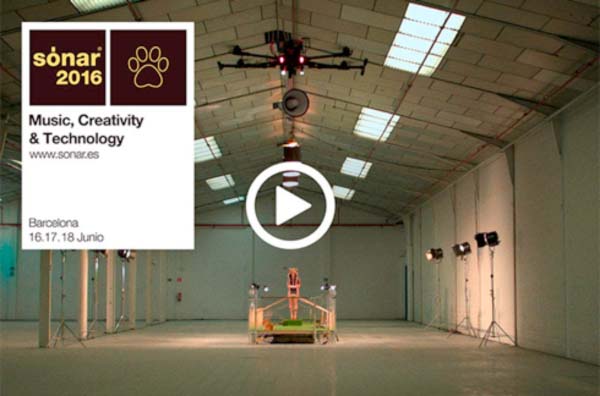 With Christmas in mind, SonarGift will go on sale from tomorrow, Friday 27 November. This limited time promotion includes a General Pass for the entire festival plus a number of exclusive surprises, all for the special price of 180€. You can purchase it here

Among the more than 150 performances at Sonar 2016 will be two European premieres: thepolitically infused show from ANOHNI, a pseudonym for the lead singer and composer from Antony and the Johnsons, together with two of today’s principal producers, Oneohtrix Point Never and Hudson Mohawke, both collaborators on her next work ‘Hopelessness’; and ‘Become Ocean’, a musical masterpiece by American composer John Luther Adams concerning climate change, performed by the OBC as part of a new partnership between Sónar and L’Auditori.

Sonar 2016 will also present live performances from New Order, the legendary and most influential group in electronic pop history, who will perform songs from their widely acclaimed new album ‘Music Complete’; the first concert from John Grant at Sonar, renowned composer of perfect pop with synthesized strands and a glam aesthetic; and a dynamic audiovisual show from Fatboy Slim, built around his irresistible grooves and electro-funk hits.

Sonar by Day will host a giant party of global rhythms, with sets and performances from legendary New York dj Kenny Dope (one half of mythical duo Masters At Work); Parisian house label Ed Banger House Party, represented by Busy P, Para One and Boston Bun; Chilean Matias Aguayo, with his warm techno sound; the much in demand Chicago dj The Black Madonna; the fusion of techno with Arabic music from French pairing Acid Arab; new grime and hip hop from Section Boyz, key players in the London sound of today; and jungle collides with dancehall and reggae at the hands of Congo Natty, who will be accompanied by several vocalists.

The latest trends in British bass music and urban rhythms will be represented by the Kode9audiovisual show created together with artist and stage designer Lawrence Lek; the hugely energetic Skepta show, the brightest star of the London grime scene; and the collaboration between King Midas Sound and Fennesz, who will perform live the experimental ambient dub from their superb joint album, “Edition 1”.

Sonar+D, Sonar’s international congress for digital culture and creative technologies will be held on16, 17 and 18 June 2016, inside the Sonar by Day venue, bringing together the key figures in the national and international scenes, who are shaping the future of design, music, audiovisual and interactivity. Creators, technologists, research centres, entrepreneurs and start-ups will introduce attendees to their laboratories through: demos, technology shows, exclusive launches, debates, workshops and networking spaces. The Day/Night Accreditation is now available at the special price of 195€ until 16 December, and includes a number of unique advantages which you can read about here

Sonar ends this year in Latin America by holding four festivals: Sao Paulo (24-28 November),Buenos Aires (3 December), Santiago de Chile (5 December) and Bogota (7 December). In 2016, Sónar will continue its international tour, returning to Scandinavia for the fourth Sónar Reykjavik, 18,19 and 20 February at the Harpa Auditorium, and for the third Sonar Stockholm, 26 and 27 February in Nobelberget.