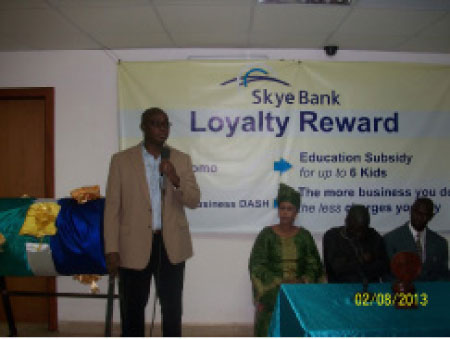 According to bank officials, the promotion was a loyalty reward to their customers, among them, “was savings promo and end of the year dash.”

Ebrima Faal Bah, Skye Bank’s business development manager, noted that the promotion was introduced at the end of the year, to encourage savings among their clients to keep money for particular uses.

He said they had gone through the account to ensure no customer is left out, adding that eight people were qualified for the draw.

Mr. Akim Yusuf, the Managing Director and Chief Executive Officer of Skye Bank Gambia Limited, explained that this is not about the money or the prize.

“That is how we are going to be able to build the African economy, by promoting good savings culture in the people,” he said, adding that it is going to be an annual event for the bank.