Jerreh Jatta the Chief Executive Officer of Siffoe Investment Company was yesterday arraigned at the Brikama Magistrates' Court for allegedly collecting the sum of D4, 223, 497 between the months of June and December 2009, being the proceeds from mining 248, 441 cubic metres of sand with specific directives to pay for it to the Geological Department, which he failed to do.

Mr. Jatta, who pleaded not guilty to the charge, was granted bail by Magistrate Emmanuel Amadi despite the police prosecutor's objections to granting him bail.

Police Prosecutor Fadera objected to the bail on the grounds that the amount involved is huge, and that this should be put into consideration. . Lawyer Lamin S. Camara represented the accused. 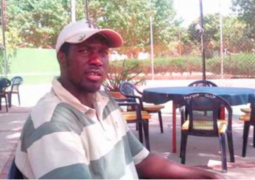