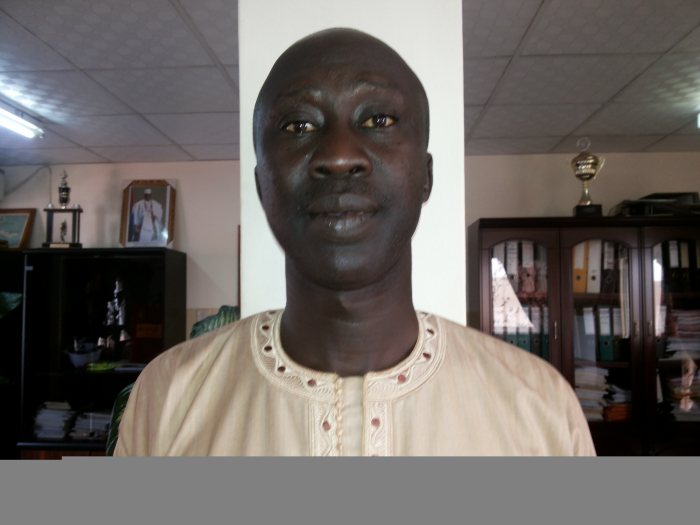 Ousman M. Jobarteh, deputy Managing Director of Gambia Ports Authority (GPA), and Halifa Babacarr Bah, Director of Banjul Shipyard, have both outlined GPA’s commitment to ensuring that the lives of people and property are safeguarded at the Banjul-Barra ferry crossing point.

Both senior GPA officials emphasised that the safety of the people is the first priority of the GPA, and it would not in any circumstances compromise the safety of passengers.

According to Mr Jobarteh, GPA had spent a lot of money amounting to six million Euros for the rehabilitation of both ferries, Johe and Kanilai.

In an interview at their various offices in Banjul on the rehabilitation of the ferries, Mr Jobarteh said the Kanilai ferry was subjected to repairs.

The Kanilai ferry was repaired using the technology called roller cushion, at the shipyard, which was successfully done with the assistance of their partners from China.

He said Kanilai ferry has been rehabilitated successfully, according to Jobarteh, who added that they have a commissioning engineering man coming from Germany, who is expected to arrive in The Gambia any time now.

He disclosed that if the man comes, it would take another five to six weeks for the new engine to be mounted together with the technology and electrical system.

This would greatly help the ferry to come back to its system when commissioned, he said.

“We hope that in the coming six weeks, the travelling public will benefit by way of improved services at the ferry terminal to complement the Johe ferry services. So we expect that by mid this year the services along the Banjul-Barra road would have improved,” Jobarteh said.

Asked how much was spent on repairing the Kanilai ferry, Mr Jobarteh said it amounted to six million Euros for the total rehabilitation package, as it involved the procurement of air balloon technology, as well as the expatriate fees.

He said it also involved the resources that were bought such as materials including welding machine, steel plates, and marine plates among other huge materials, for the rehabilitation, which increased the cost of the new engines for both the Johe and Kanilai ferries.

Having repaired the Johe and Kanilai ferries, he said the other ferries at Trans-Gambia would also be withdrawn, and subjected to the same repair and re-engineering work.

Mr Jobarteh said the Banjul-Barra ferry crossing point is very important, because about 586,050 passengers used the route last year, while the number of vehicles was 28,113.

“This is also one of the main gateways linking the South-Bank and North Bank, so it is a very important crossing point,” Mr Jobarteh added.

The GPA deputy MD said they would continue to keep the ferry service up to standard to ensure the safety of people, adding that they are hopeful that if Kanilai is successfully launched back into service, coupled with the services offered by Johe ferry, they would have an improved service along the Banjul-Barra crossing point.

“We hopeful that we will get the same services in other crossing points along the River Gambia, particularly Trans-Gambia,” he said.

Mr Jobarteh said their next project thus year is to rehabilitate the ferries at Trans-Gambia.

Mr Jobarteh also stated that GPA is doing everything possible to provide optimal services to their esteemed customers.

He said at a time when they had limited services, they would advise their customers, particularly heavy goods vehicles to utilize the Trans-Gambia road.

He said the capacity of the Kanilai ferry is four big trucks, ten small vehicles, and six hundred passengers.

“We are just encouraging our esteemed customers to be patient with the Gambia Ports Authority, because we are committed to ensuring that investment continues to be made for the continued operations and maintenance of ferry services, so that we can provide vital services to our customers,” he stated.

“Safety is high on our agenda, looking around the terminal. There is a lot of awareness campaign going on in terms of safety. We don’t compromise on safety in the sense that a lot of sensitization is done, as public notices are issued out and we use a PA system at the terminal just to advise the public on how to manage and control passengers boarding and disembarking from the ferry, which is a daily routine,” he noted.

Asked about the plans for 2015, Mr Jobarteh said a lot of changes are taking place at the seaport; that even in terms of the physical environment there are a lot of development projects ongoing.

They are also in the process of launching tenders for the procurement of cargo handing equipment, so with the equipment and space available they would be able to improve productivity in the port, he said.

These are all changes that are going to be captured in their new strategic plan, he said, adding that by the middle of the year, they would have a strategic plan to cover the next three to five years on the way forward for the port.

Regarding shortcomings or constraints, he cited lack of adequate capacity in terms of land area to handle the increasing number of containers, adding that this year at the port they were able to make big achievements, as the port was able to handle two million metric tonnes of cargo which is a record in the history of GPA.

Their priority is to continue investment in the going project to expand the port, so they could handle more cargo, and also continually invest in human resources development.