Among the values that people of our time cherish most, just like the ancients, are wisdom and authority.  Apart from effecting order and progress in human affairs, human wisdom and authority is a guarantee of God’s own wisdom and power, for they all come from him.  God also shows how near he is to us through the wisdom which he grants us in order to organise our affairs and the power of governing different sections of the society which he has delegated to human beings and institutions.  When we exercise our wisdom properly, God’s will is made known to mankind. When those in authority exercise their power properly, God’s will is affected.  In all these, there is a need for us to realize always that it is God who is acting in us and that what we are doing could be out of track if we are not consciously seeking the mind of God, or growing in union with him through prayers.  May the following section of the scripture help us to explore the depth of God’s wisdom and to act with his power: Isaiah 22: 19-23, Romans 11: 33-36 and the Gospel of St. Matthew 16: 13-20.

Among the big sins of our time is the sin of irregular struggle for power and abuse of it.  Many politicians make false practices and rig elections only to grab the state power.  Others use money, people influence, manipulation and whatever dirty means that it could be to acquire power, be it at the state, community or family level.  Some even go to the extent of eliminating whoever it is that stands on their way, provided it helps them to get to the top.  Many others who have got the power do anything possible to hold on to it and they equally abuse it.  Some have used their power to jeopardize, terrorize and victimize the people that they are meant to protect.  Some even conceive themselves as one kind of god or the other and act with all amounts of arrogance and pride.  All those who aspire to positions of authority and those who in one way or the other find themselves in such a position should always remember that all power belong to God.  Any power which is not given by God doesn’t do any good even to the one exercising it.  All those then who have been called to govern or to take care of whoever or whatever it might be, should do it with humility, with prudence with fear of God and with uttermost diligence.

To Shebna, the master of the palace who failed in his responsibility and has been overtaken by arrogance, the Lord addressed the following words through the prophet Isaiah:  “I dismiss you from your office, I remove you from your post; and the same day I call on my servant Eliakim son of Hilkiah.  I invest him with your robe, gird him with your sash, entrust him with your authority” (Isaiah 22: 19-21).

If it is God who gives authority, it means that we don’t have to kill ourselves to get one.  Whatever is ours is bound to come to us.  If it is a political post that we happen to be interested in, then it would be right for us, just to contest in a just way, following the rule of the game.  Peter was given by the Lord, a position that he never struggled for or even thought of before.  An authority is made secured not by our using gun or iron fist to guard it but by its being given and guarded by the Lord. Hear the words with which Christ guaranteed the security of Peter’s authority which he himself had given:  “You are Peter and on this rock I will build my Church.  And the gates of the underworld can never hold out against it.  I will give you the key of the kingdom of heaven: whatever you bind on earth shall be considered bound in heaven: whatever you loose on earth shall be considered loosed in heaven” (Mt. 16: 18-19).  On the day that God had installed Eliakim as the master of the palace, he had used similar words to confirm the security which he was granted him in his new position:  “I place the key of the House of David on his shoulder, should he open, no one shall close, should he close, no one shall open. I drive him like a peg into a firm place, he will become a throne of glory for his father’s house” (Isaiah 22: 22-23).

That many people today entirely lack competence and sense of direction in the exercise of their ‘authority’ could only be explained by the fact that the mandate has not come from God the wise one.  God normally gives those that he has called the wisdom that they need to exercise the authority he has given them. It is given in abundance because in him is the riches and depth of wisdom and understanding. St. Paul talks as follows about him:  “How rich are the depths of God – how deep is his wisdom and knowledge – and how impossible to penetrate his motives or understand his methods” (Romans 11: 33).

The fact that it is the wisdom and insight which comes directly from the spirit of God that directs and enlightens those it pleases him to choose for position of authority was further proved by Peter’s own incident.  Just before Christ invested him with the great authority over the Church, he had demonstrated an unbelievable wisdom and spiritual insight when he proclaimed Jesus to be “the Christ, the Son of the living God” (Mt. 16: 16).  Affirming that such kind of wisdom is a direct gift from God, Jesus had declared to him: “Simon son of Jonah, you are a happy man!  Because it was not flesh and blood that revealed this to you but my father in heaven” (Mt. 16: 17).

It is very necessary that those who have authority or those who are aspiring for one should from time to time, re-articulate and assess their motives, and their ways in the light of God’s own will and commandment.  This is because all true authority comes from God and should be exercised in line with his own will.  Since all the wisdom that we need to exercise our authority well comes from God, we should invoke God’s spirit from time to time through endless prayers.  God’s wisdom is dense and hidden and need to be explored before it is; discovered and assimilated. It remains hidden to minds who never care to search for it through prayers. St. Paul affirmed it through this question: “Who could know the mind of the Lord?”  (Romans 11: 34). 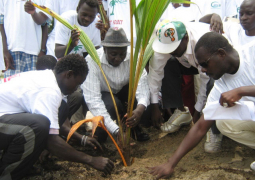 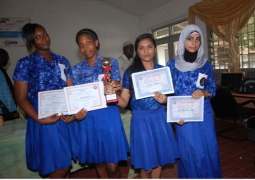