Karamo Bogang was being tried for the alleged offences of theft and abuse of office. He was alleged to have stolen 67 pellets of cocaine, charges he had since denied.

The case was then adjourned till 8 October 2012. 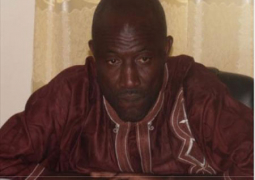