Bundas FC will battle it out with M J Finance FC in a replay league final of Serrekunda West set for Friday 13th November 2009, after drawing 1-1 in the first encounter of the final last Saturday 8th November 2009.

Bundas FC opened the score line through striker Ebrima Mendy in the 10th minute of the game from Alieu Danso's brilliant cross from the right far side of the field.

Striker Edrrisa Jarra leveled the score line for M J Finance in the 33rd minute of the game from a wonderful header.

Speaking to the Head Coach of M J Finance formally Gintos FC, Ousman Jammeh shortly after the game, said both teams have defended well and that was the reason why there was no winner at the end of the day.  He promised a better performance come Friday.

He also noted that Bundas FC has a very good side and that they respected them as a team.

Ebrima Jammeh, the Assistant Coach of Bundas FC said that they will prepare well for the replay game on Friday to make sure they lift the trophy.

He also urged the fans of Bundas FC to be patient, urging them to continue their support. 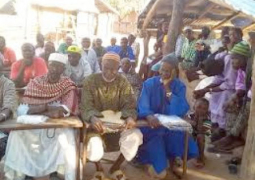 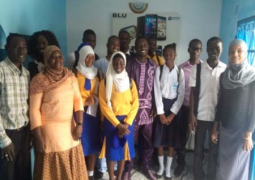