WHAT DO WE KNOW ABOUT ASTHMA DISEASE

In severe and poorly controlled cases, asthma can be life-threatening, and the death rate and prevalence of asthma has increased significantly since the late 1970s. Deaths occur more frequently in adults. If there is a single factor leading to severe or fatal asthma attacks, it appears to be a delay in administering appropriate drug therapy.

Asthma is a chronic (long-lasting) inflammatory disease of the airways. In people susceptible to asthma, this inflammation causes the airways to narrow periodically. This narrowing, in turn, produces wheezing and breathlessness that sometimes causes the patient to gasp for air. Obstruction to air flow either stops spontaneously or responds to a wide range of treatments, but continuing inflammation makes the airways hyper-responsive to stimuli such as cold air, exercise, dust mites, pollutants in the air, and even stress and anxiety .

The changes that take place in the lungs of people with asthma make the airways (the “breathing tubes,” or bronchi, hyper-reactive to many different types of stimuli that do not affect healthy lungs. In an asthma attack, the muscle tissues in the walls of the bronchi go into spasm, and the cells lining the airways swell and secrete mucus into the air spaces. These two actions cause the bronchi to become narrowed. As a result, a person with asthma has to make a much greater effort to breathe.

An acute asthma attack can begin immediately after exposure to a trigger or several days or weeks later.

When asthma begins in childhood, it often affects a child who is likely, for genetic reasons, to become sensitized to common “allergens” in the environment. When these children are exposed to house dust mites, animal proteins, fungi, or other potential allergens, they produce a type of antibody that is intended to engulf and destroy the foreign materials. This makes the airway cells sensitive to particular materials. Further exposure can rapidly lead to an asthmatic response.

About 80 percent of childhood asthma cases are caused by allergies. In most cases, inhaling an allergen sets off the chain of biochemical and tissue changes leading to airway inflammation, bronchoconstriction, and wheezing characteristic of asthma. Because avoiding (or at least minimizing) exposure is the most effective way of treating asthma, it is vital to identify the allergen or irritant that is causing symptoms in a particular child.

The most important inhaled allergens and triggers contributing to attacks of asthma are:

• occupational exposure to chemicals, fumes, or particles of industrial materials in the air

• strong odours, such as from perfume

Inhaling tobacco smoke (from second-hand smoke or smoking) can irritate the airways and trigger an asthmatic attack. Air pollutants can have a similar effect.

There are three important factors that regularly produce attacks in certain patients with asthma, and they may sometimes be the sole cause of symptoms. They are:

• exercise (in certain children, asthma is caused simply by exercising, and is called exercise-induced asthma)

• stress, strong emotions, or a high level of anxiety

There are many risk factors for childhood asthma, including:

• family history of asthma and/or allergies

Wheezing is often very obvious, but mild asthmatic attacks may be confirmed when the physician listens to the patient’s chest with a stethoscope. Wheezing is often loudest when the child breathes out, in an attempt to expel used air through the narrowed airways. Besides wheezing and shortness of breath, the child may cough and experience pain or pressure in the chest. The child may have itching on the back or neck at the start of an attack. Infants may have feeding problems and may grunt while sucking or feeding. Tiring easily or becoming irritated are other common symptoms.

Some children with asthma are free of symptoms most of the time, but May occasionally experience brief periods during which they are short of breath. Others spend much of their days (and nights) coughing and wheezing, until the asthma is properly treated. Crying or even laughing may bring on an attack. Severe episodes, which are less common, may be seen when the patient has a viral respiratory tract infection or is exposed to a heavy load of an allergen or irritant. Asthmatic attacks may last only a few minutes or can go on for hours or even days (a condition called status asthmatics).

Asthma symptoms can be classified as:

• Severe persistent: Symptoms occur continually throughout the day and frequently at night; symptoms affect daily activities and cause the patient to limit activities.

Shortness of breath may cause a patient to become very anxious, sit upright, lean forward, and use the neck or chest wall muscles to help with breathing. These symptoms require emergency attention. In a severe attack that lasts for some time, some of the air sacs in the lung may rupture so that air collects within the chest. This makes it even harder to breathe in adequate amounts of air.

Almost always, even patients with the most severe attacks will recover completely.

When to TAKE THE CHILD TO THE HOSPITAL

• inability to participate in normal activities

• missed school due to asthma symptoms

• signs of infection such as increased fatigue or weakness, fever or chills, sore throat , coughing up mucus, yellow or green mucus, sinus drainage, nasal congestion, headaches, or tenderness along the cheekbones

If the parent is unsure about what action to take to treat the child’s symptoms, he or she should call the child’s doctor.

The parent or caregiver should seek emergency care by calling 911 in most areas when the child has these symptoms or conditions:

• bluish coloration around the lips, fingernail beds, and tongue

• inability to catch his or her breath

• tightened neck and chest muscles due to breathing difficulty

• feelings of anxiety or panic

Early diagnosis is critical to proper asthma treatment and management. Asthma may be diagnosed by the child’s primary paediatrician or an asthma specialist, such as an allergist.

The diagnosis of asthma may be strongly suggested when the typical symptoms and signs are present, including coughing, wheezing, shortness of breath, rapid breathing, or chest tightness. The physician will question the child (if old enough to provide an accurate history of symptoms) or parent about his or her physical health (the medical history), perform a physical examination, and perform or order certain tests to rule out other conditions.

The medical and family history help the physician determine if the child has any conditions or disorders that might be the cause of asthma. A family history of asthma or allergies can be a valuable indicator of asthma and may suggest a genetic predisposition to the condition. The physician will ask detailed questions about the child’s symptoms, including when they first occurred, what seems to cause them, the frequency and severity, and how they are being managed.

During the physical exam, the paediatrician will listen to the patient’s chest with a stethoscope to evaluate distinctive breathing sounds. He or she also will look for maximum chest expansion during inhalation. Hunched shoulders and contracting neck muscles are signs of narrowed airways. Nasal polyps or increased amounts of nasal secretions are often noted in patients with asthma. Skin changes, like atopic dermatitis or eczema, may demonstrate that the patient has allergic problems.

When asthma is suspected, the diagnosis can be confirmed using certain respiratory tests. Spirometry is a test that measures how rapidly air is exhaled and how much air is retained in the lungs. Usually the child should be at least five years of age for this test to be successful. During the test, the child exhales and the spirometer measures the airflow, comparing lung capacity to the normal range for the child’s age and race. The child then inhales a drug that widens the air passages and the doctor takes another measurement of the lung capacity. An increase in lung capacity after taking this medication often indicates the asthma symptoms are reversible (a very typical finding in asthma).

Often, it is difficult to determine what is triggering asthma attacks. Allergy skin testing may be performed, especially if the doctor suspects the child’s symptoms are persistent. An allergic skin response does not always mean that the allergen being tested is causing the asthma. Also, the body’s immune system produces an antibody to fight off the allergen. The amount of antibody can be measured by a blood test that will show how sensitive the patient is to a particular allergen. If the diagnosis is still in doubt, the patient can inhale a suspect allergen while using a spirometer to detect airway narrowing. Spirometry can also be repeated after a bout of exercise if exercise-induced asthma is a possibility. A chest x ray will help rule out other disorders.

Once asthma is diagnosed, a treatment plan should be initiated as quickly as possible to manage asthma symptoms.

In most cases, asthma treatment is managed by the child’s paediatrician.

• There has been a life-threatening asthma attack or severe, persistent asthma.

• Treatment for three to six months has not met its goals.

•Some other condition, such as nasal polyps or chronic lung disease, complicates the asthma.

• Special tests, such as allergy skin testing or an allergen challenge, are needed.

• Intensive steroid therapy has been necessary.

The first step in bringing asthma under control is to reduce or avoid exposure to known allergens or triggers as much as possible. Treatment goals for all patients with asthma are to prevent troublesome symptoms, maintain lung function as close to normal as possible, avoid emergency room visits or hospitalizations, allow participation in normal activities—including exercise and those requiring exertion—and improve the quality of life.

The best drug treatment plan will control asthmatic symptoms while causing few or no side effects. The child’s doctor will work with the parent to determine the drugs that are most appropriate and may be the most effective, based on the severity of symptoms. Age and the presence of other medical conditions may affect the drugs selected.

Asthma treatment guidelines may be based on these symptom classifications:

• when needed to treat symptoms.

• Moderate persistent: Two medications may be prescribed, including a long-term medication to control inflammation and a short-acting medication to use when symptoms are more severe.

The condition can worsen if certain medications are not taken.

Inhaled medications have a special inhaler that meters the dose. The inhaler may have a spacer that holds the burst of medication until it is inhaled. Patients will be instructed on how to properly use an inhaler to ensure that it will deliver the right amount of medication.

A home nebulizer, also known as a breathing machine, may be used to deliver asthma medications at home. The nebulizer changes medication from liquid form to a mist. The child wears a face mask to breathe in the medications. Nebulizer treatments generally take seven to 10 minutes.

Is asthma a psychological disorder?

Asthma is not a psychological or emotional disorder, but sometimes a physical display of strong emotion – such as shouting, crying, laughing or rapid breathing – may contribute to an asthma episode. Panic can prevent a person with asthma from relaxing and following instructions properly, which is essential during an attack. Medical scientists have found that behaviors associated with strong emotions can cause bronchial tubes to constrict, which may provoke or worsen an attack.

A chronic disease, such as asthma, can cause emotional strain. Depression may set in when those with asthma believe they cannot participate in normal activities. As a leading cause of work and school absences, asthma can have a significant effect on livelihood, education and emotional well-being.

For the further information infant well fear Ministry of Health, All Governments’ Hospitals and health centres throughout the country, NGO’s, Private clinics, mail azadehhassan@yahoo.co.uk,, or text DR Azadeh on 7774469/3774469 on working days from 3-6pm.

Author Dr Azadeh Senior Lecturer at the University of the Gambia, Senior Consultant in Obstetrics & Gynaecology 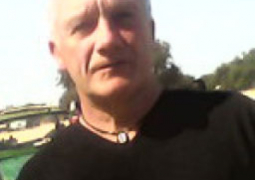