It is an undeniable fact that the Gambia and Senegal are obliged to live together harmoniously because of our cultural and family ties.

People of the two countries, especially our leaders should have a common understanding and aspiration to move the vision of Senegambia forward in unison, nothing less nothing more.

It is a welcomed move that the Sixth Session of the Senegalo-Gambia Joint Commission meeting took place in Banjul this week.

We hope and pray that this meeting will yield dividends in terms of promoting peace and mutual understanding between the two countries and within the sub region as a whole.

We have seen in the past when joint communiqués were signed during such meetings, but the implementation of decisions has been taking a long time and, in some cases, not even implemented at all.

We hope and pray that the governments of Presidents Macky Sall and Yahya Jammeh will honour all agreements signed between the two countries, especially with regards the free movement of people and goods.

As we always emphasise on these page, the two governments should put emphasis on cooperation in key areas notably security, trade, free movement of people and goods.

In terms of security cooperation, necessitated by perceived and known threats to the stability of the Senegambia region, we again call for the armies of both countries to cooperate more closely, so as to ensure the mutual security and peace of the two states.

In the field of transport, our leaders must ensure that vehicles move freely between the two countries. They should have direct access to our respective capitals and other parts of The Gambia and Senegal.

There should also be smooth unhindered movement of trucks transporting goods from The Gambia to other parts of the sub-region to facilitate the re-export trade on which The Gambia depends so much.

The two governments should review all existing bilateral cooperation areas in the interest of the people.

Another important point is that the Senegambian media should remain committed to promoting peace and harmony between the two states, and must never try to incite trouble by reporting on issues that have the potential to create misunderstanding between the two countries.

The Gambia and Senegal are naturally related, and we must cherish this.

Lets us remain united for the betterment of our two peoples and Africa as a whole.

“The best friend is the man who in wishing me well wishes it for my sake.” 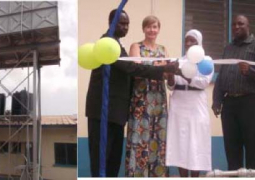