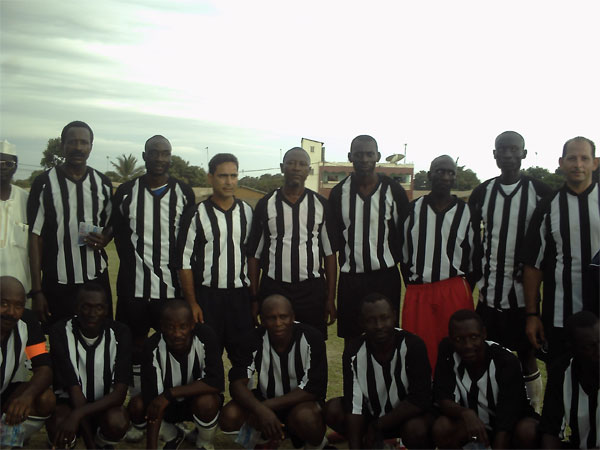 The Gambian and the Senegalese football veterans were at the weekend engaged in a peaceful football match at the Serrekunda East Mini Stadium on Sunday 1st June 2008. The match between the two sister countries is geared towards bringing unity and peace to the two sister countries. The two countries will be meeting in the World and African cup of Nation qualifying rounds and the game was organized to sensitise the general public on peace ahead of the up coming game.

The Gambian veteran team took the lead in the 12th minute through Malamin Badjie and the Senegalese team leveled the scores in the 24th minute through Omar Sy. Sy scored his second for the visiting team in the 89th minute.

The Gambian team is as follows