We have had to add our voice to the strategic moves being taken by the government authorities to ensure our nation thrives peacefully under a safe and secured dispensation.

The SeneGambia communiqué on security cooperation between our two sister nations that has just been signed by our Interior Minister who was in Senegal last week to attend a high profile Dakar summit, speaks volumes.

This is because it touches on essential areas of security matters that need maximum attention from a conscious authority.

According to the communiqué, both nations have agreed to reinforce security cooperation mainly in such areas as exchange of information and intelligence, exercise of cross border prosecution, sharing of experiences and good practices, investigations and joint operations, and training.

It has also set the pace for the creation of joint border control posts, as well as to implement a strategy to fight any form of trafficking, such as human, drugs and goods.

These are vital steps and areas to consider always in the building of a nation, for they deter security threats, especially in a country like The Gambia that still has potential volatility, considering the fetters it has just freed itself from.

In as much as we cater for external threats to our security, the threats within could be more potent than the one without.

And this is why Douglas MacArthur, a former US soldier, once said: “I am concerned for the security of our great Nation; not so much because of any threat from without, but because of the insidious forces working from within.”

So we really have a cause for concern as regards security threats in our land, and there is no better place to team up with than Senegal, who are our kith and kin hence both nations must be our brothers’ keepers. And that is why the Interior ministers of both countries presented the actual picture of our closeness in a very succinct manner at the just concluded Dakar Summit. Both ministers zeroed in on the fact that when it comes to security, we must continue to work very closely together, as we have a long and deep relationship that our two countries have to nurture.

While the knot of our mutual security has been tied and cemented at the Dakar Summit, a National Security Council has also been established in the country right at the Office of the President, all geared towards the same goal of ensuring maximum security for this country.

We therefore commend those actions and hope the agreements are properly dispensed and monitored.

“In times of peace prepare for eventualities” 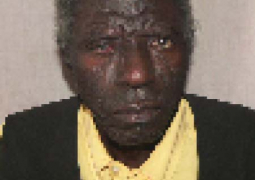