The sensitization, held at the school assembly hall in Bundung, was attended by senior officials from Standard Chartered Bank (SCB) as well as senior school authorities of Nusrat.

Delivering her speech before a large crowd of students, Adama Ceesay-Kah, SCB’s Country Head of Compliance, said the move formed part of the bank’s corporate social responsibility in giving back to the communities they operate.

“As you may be aware, the purpose of our visit this afternoon is to raise awareness of students, particularly the commerce students who in many cases will graduate to be employees of financial institutions (banks in particular) on money laundering and counter terrorist financing,” she said.

Madam Ceesay-Kah told the students that SCB is committed to be in The Gambia for good and one of the many ways they ensure they fulfill their brand promise - Here For Good - is by giving back to the communities.

“We therefore see it important to raise the awareness of our future leaders on the risk of money laundering and terrorist financing to our society or communities and to the financial industry in particular,” she said.

As could be seen from the presentation, money laundering (a derivative crime from ill-gotten wealth such as trafficking in drugs, arms or human beings, as well as fraud, tax evasion and corruption in governance and society) is one major problem that has over the years severely affected the economies and financial systems of countries (including The Gambia) in one way or another, she noted.

She added that money laundering is simply the process of making the proceeds of crime to appear to have legitimate origin, and worldwide estimates of the amount of money laundered annually range from $700 billion to US$1.8 trillion which is about 5 per cent of the world’s GDP.

Therefore efforts to prevent and combat money laundering and terrorism financing respond not only to a moral imperative but also to an economic need.

“We therefore want to take this opportunity to thank you (Nusrat) very much for the relationship and that we really cherish and value it. And we hope the students have learned from this training and that it has added value to them academically and their future employment careers,” shesaid 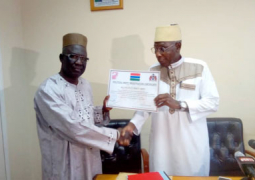 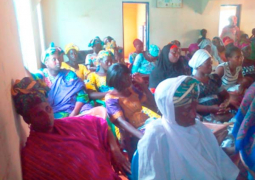