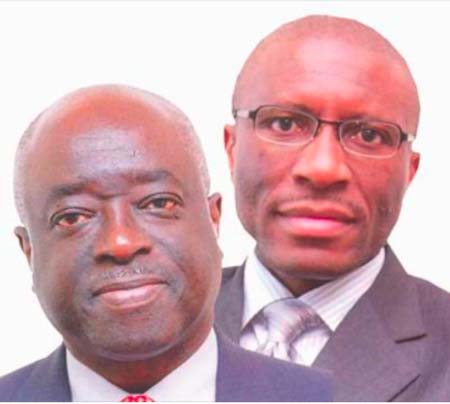 Standard Chartered Bank Gambia Limited has registered another set of impressive results in the bank’s performance for the financial year ended 31 December 2014.

The bank registered a profit before tax of D127.3 million for the year ended 31 December 2014.

This performance was declared at the bank’s 37th annual general meeting (AGM) held yesterday at the Kairaba Beach Hotel in Kololi, where stakeholders adopted the financial statement and audited accounts of the bank to set the pace for a more fruitful financial year ahead.

Shareholders beamed with delight about the bank’s performance despite all the huddles caused by the epileptic rainfall that affected agriculture, and the Ebola virus outbreak with its grave impacts on tourism, in the course of the year under review.

Despite the challenges linked to inadequate rainfall which adversely affected crop yields and output, and the impact of the Ebola scare on the local tourist industry which contributed to slower economic growth, “notwithstanding, the performance of bank was encouraging”, SCBG board chairman Momodou B.A. Senghore said, while presenting his report.

The bank’s total income, he stated, was D513.9 million, profit before tax was D127.3 million and earnings per share 42 bututs.

“Ensuring that the bank is well capitalized, highly liquid and maintains a well-diversified balance sheet remains a priority,” he said.

He added that the board was also mindful of the need for continued investment in enhancing systems and processes associated with conduct and compliance, and “the need to change the shape of our business to fit the demands of the current economic regulatory landscape”.

‘’As a consequence of this a number of projects including connecting to national payment system, GamSwitch, were completed,’’ he said.

The SCBG chairman reaffirmed their commitment to building deep long-term relationship with their clients, as this has been the foundation for their business on which they would deliver their brand promise: ‘’Here for good’’ to the customers.

He said the bank has remained resolutely committed to attaining and retaining the best talents, to execute on their strategy and driving productivity of their results to enhance efficiency and returns for shareholder.

‘’We made good progress with our performance in 2014, and we are in good shape to [take] advantage of opportunities as they arise in our market,” he said.

“Our disciplined approach to taking risk and our relentless focus on supporting the aspirations of our customers are the pillars upon which we continue to build a sustainable business. We are, therefore, confident that we are well positioned to drive further value for our shareholders.”

He commended their clients and shareholders for their support during 2014, as well as their staff and management team for their hard work in 2014.

SCB chief executive officer Humphrey Mukwereza said the bank has continued to be well capitalized, and consistently met all the capital thresholds stipulated by the Central Bank of The Gambia for the period.

The bank has continued to apply stringent underwriting and asset monitoring standards to minimize non-performing loans and the consequent erosion of capital, added CEO Mukwereza.