Seattle Sounders midfielder, Sanna Nyassi, who is in the country for a Christmas break is hopeful that The Gambia senior national team can make it to the next Africa Nations and World Cup finals. This is based on the team’s outstanding performances in last year's Nations Cup and World Cup qualifiers, which saw the Scorpions getting closer to making it to their first-ever African Nations Cup, the finals of which are being held in Angola in January 2010.

The Gambian side widely known as the Scorpions for the first time in a century denied the Teranga Lions of Senegal a chance to progress to the finals in Angola and the World Cup in South Africa respectively after snatching a hard fought 1-1 draw in the final game of the joint African Nations and the World Cup qualifiers held in Dakar.

Aziz Corr Nyang gave the Scorpions a second half equaliser to dent both sides’ hopes of booking a place in the joint qualifiers.

This wonderful performance by the Gambia National Team makes Sanna Nyassi hopeful that the Scorpions will qualify to the next African Nations and the World Cup finals.

"We have made a significant improvement in our performance and if that strength continues, there is a possibility that we would make it to the Nations and the World Cup respectively," the former Latdior midfielder told our reporter on Friday. This was shortly after the team's training session at the Independence Stadium in preparation for proposed international friendly matches against , and the African champions in early January.

The young midfielder went further to admit that he is eager to see The Gambia taking part in more recognised competitions in the very near future. But he was quick to add that enough preparation must be made to help the team achieve its objective of making it to both Cup finals.

Sanna called on the GFA to organise a series of friendly games to help prepare the team,  in a bid to keep the players active ahead of next qualifiers, given the fact that whatever one does in life, if the preparation is not there, you are bound to fail.

The Seattle Sounders midfielder who has recently signed a 2-year extension to his contract came in as a substitute in his MLS side's pre-season match against Chelsea,  and could not hide his happiness for playing in the same field with the best footballers in the world like Frank Lampard and other big name stars in the West London side.

There has been constant speculation surrounding Sanna Nyassi’s future with the MLS league soccer side Seattle, and was touted as a possible destination for the young midfielder. But he has moved to pour cool water on the persistent rumours regarding a possible move to the former Premier League champions.

"There were a lot of rumours about my move to , but I have not had any contract talks with any officials. It was just a mere speculation," the former Gambia Ports Authority star told this reporter last Friday evening.

Sanna is an integral part of Seattle Sounders side that won the FA cup for the Major League Soccer side this season. 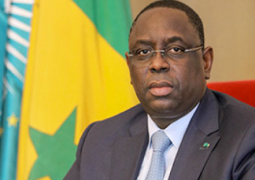