On a regular basis in these pages we call on the private sector to step up to the plate and invest in Gambian sport. That is why it is so heartening to see that Africell have indeed risen to that challenge with great aplomb and in the process set the minds of Scorpion's fans everywhere at ease. We are referring of course to the generous sponsorship deal which saw the Belgian Coach Paul Put appointed Head Coach of the Gambian International soccer team. Coach Put has had a one-year contract paid for by Africell and has received two months wages up front. This kind of direct support from the private sector is vital if we are to build a strong team to represent The Gambia at international level. There is a very big game coming up this weekend for Coach Put as The Gambia take on the Lone Stars of Liberia in in the first of the qualifiers for the World and African Cup of Nations 2010. The coach has expressed confidence that he can lead The Gambia to their first ever appearance in these competitions and we all hope he is correct. As has been said many times for better or for worse the more money that is invested in sport the greater the return that will be enjoyed. For this reason we hope that Africell will continue their efforts to support the Scorpions and that others in the private sector will emulate them.

Of course the government must also live up to its role. As we said in these pages yesterday the National Sports Policy and Programme of Action 1999 - 2008 is coming to an end and lessons must be learned from it. Budgetary adjustments are vital if we are to continue to grow all of the sports in The Gambia and enjoy success on the international scene.

President Jammeh must also be commended for his continuing support of Gambian football. He provided a significant contribution to the support of the new coach. He provided accommodation for Coach Put at AU Villa's and also provided generously for the coach's transport needs. These gestures are very generous but President Jammeh is only one man, with finite resources, and so cannot be expected to put up this kind of support all the time. This is why private sector investment, incentives for footballers and long term budgetary planning are the way forward for Gambian football and sports in general. We wish our new coach and our boys well at the weekend and look forward to a period of great success ahead for Gambian football.

"Football? It's the beautiful game". 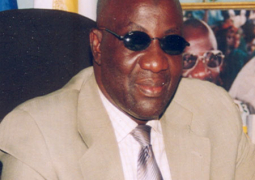 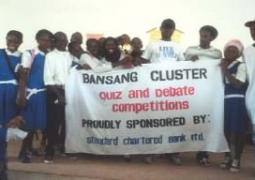