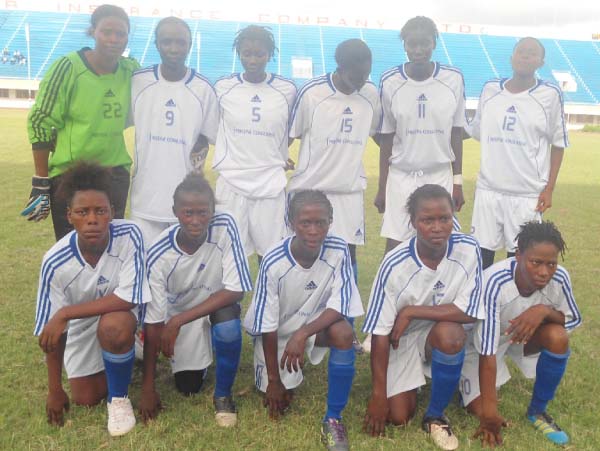 Teams competing for the coveted title in the Gambia Football Association National Women’s league are off for Ramadan break.

Since the start of this year’s top-tier football league on 17 July 2011, 12 teams in both the first and second division women national leagues have been taking part in the league with the sole objective of winning the title but the league has  been interrupted by the holy month of Ramadan, which started on Monday.

This means there will be no action in the women’s football league until after Ramadan, Pointsport can confirm.

Interior top the first division league table with 17 points prior to the Ramadan break leapfrogging previous leaders Red Scorpions at the summit of the six-club league table, with three matches remaining.

Red Scorpions, who lost to closest title chasers Interior 1-nil in a controversial match marred by accusation of superstitious practice, will resumed their quest for their first league title in six years.

Having collected 16 points prior to the Ramadan break, Choro Mbenga’s women will recommence the campaign when they meet Company Ten.

They will also entertain Abuko United before another crucial match with Armed Forces, which is expected to be their final game of the season.