The coach of the newly formed in Lamin, Yusupha Sanyang, has outlined his plans for the academy.

In an interview with Pointsport on Monday, Coach Sanyang stated that the whole idea of setting up this academy is to develop the skill of the young talented players in his community, noting that the young players have been playing collectively as a team over the years but since then they haven't had someone to coordinate their training sessions. "This is why I take it upon myself to help these youngsters," he said.

He pointed out that it is part of his immediate plans to organise friendly matches with other academics within the Greater Banjul Area.

Coach Sanyang said this year the team has participated in the Lamin Nooran Tournament organised by the Village Sport Committee and have reached the semi finals. 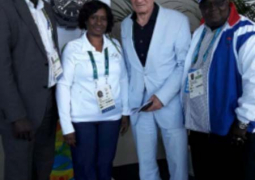