In Arabic, the word for menstruation (haizh) literally means “running.” Here it refers to the discharge of blood during a woman’s state of health, not from giving birth or breaking the hymen.

Most scholars say that its time begins at the age of nine. If blood is seen before that age, it is not menstrual blood, but is considered to be putrid blood. As there is no evidence about when a woman stops menstruating, if an elderly lady finds blood flowing it is considered menstrual blood.

Requirements for blood to be considered menstrual

1. Dark Once, when Fatimah bint Abu Habash had a prolonged flow of blood, the Prophet told her, “If it is the blood of menstruation, it will be dark and recognizable. If it is that, then leave the prayer. If it is other than that, then make ablution and pray, for it is only due to a vein.” This is related by Abu Dawud, an-Nasa’i, Ibn Hibban and ad-Daraqutni, who said all of its narrators are trustworthy. Al-Hakim also related it, and said that it meets Muslim’s standards.

2. Red: It is the original color of blood.

4. A muddy color: It is an intermediate color between black and white, like dirt.

Malik and Muhammad al-Hassan (and al-Bukhari in mu’allaq form) recorded that women would send ‘Aishah small boxes with yellow-stained cotton, and she would tell them, “Do not be in haste until you see the pure white cotton.” If the discharge is yellow or muddy during the days of menstruation, it is to be considered as part of the menses. During other days, it is not regarded as such. Umm ‘Atiyyah said, “After we were pure, we did not consider the yellow or muddy discharge to be anything.” This is related by Abu Dawud and al-Bukhari, but without the words “...after we were pure...”

All statements dealing with this topic have no sound backing. If a woman has a customary length of time for her menses, she should according to it. Umm Salamah asked the Prophet about a woman with a prolonged flow of blood. He said, “She should look for the number of days and nights that she usually has her menses and the time of the month during which it occurs. Then she should leave the prayer (during those days, and then afterwards) perform ghusl, tie something around her vagina and pray.” (Related by “the five,’’ except for at-Tirmizhi.) If she has no customary period to go by, then she can try to distinguish between the different types of blood. This practice is based on the previously quoted hadith of Fatimah bint Abu Hubaish, which states that menstrual blood is distinguishable and well-known to women.

All scholars agree that there is no minimum or maximum time limit between two menstrual periods. Some say that the latter period is fifteen days, while others say it is three days.

Such bleeding occurs after the birth of a child, regardless if the child survived the birth or not. This type of bleeding has no minimum duration, for it could stop right after the birth, or there could even be no blood. Therefore, her confinement would end and she would be obliged to fast, pray, and so on. The maximum duration is forty days. Said Umm Salamah, “During the lifetime of the Prophet, the post childbirth woman would be in confinement for forty days.” (Related by “the five,” except for an-Nasa’i.)

After recording the hadith, at-Tirmizhi states, “The knowledgeable companions, the following generation and those that came later agree that a woman experiencing post-childbirth bleeding had to stop praying for forty days unless her blood stopped. If her bleeding stops before that time, she is to make ghusl and start praying. If she sees blood after forty days, most scholars say that she is not to stop praying.”

All acts forbidden for a person who has not yet cleansed himself from sex or a wet dream are prohibited to women in these two conditions, as these are considered major impurities. But, there are also two further prohibitions:

A: They cannot fast, menstruating women

If women fast, their fasting will be considered null and void. If they fast during the month of Ramadan, they will still have to make those days of fasting up later on. Mu’azhah said, “I asked ‘Aishah, ‘why must we make up the fasts missed due to our menstruation, and not the prayers?’ She said, ‘That was what the Messenger of Allah told us to do. We were ordered to make up the fasts, and we were ordered not to make up the prayers.” (Related by “the group.”)

B: She can not engage in sexual intercourse

Said Anas, “When a Jewish woman was menstruating, her husband would not eat or sleep with her. The companions asked the Prophet, upon whom be peace, about that, and Allah revealed: “They question you concerning menstruation. Say: ‘It is an illness, so let women alone at such times and go not in unto them until they are cleaned. And when they have purified themselves, then go in unto them as Allah has enjoined upon you. Truly, Allah loves those who turn unto Him and loves those who have a care for cleanliness” (al-Baqarah 222). The Messenger of Allah also said, “Do everything except intercourse.” (Related by “the group,” except for al-Bukhari.)

In his comments on the subject, an-Nawawi states, “If a Muslim believes it is permissible to have intercourse with his menstruating wife, he becomes an unbelieving apostate.

There are two opinions on this: the more correct one is that there is to be expiation.” He further says, “All scholars say that one may touch anything above the navel or below the knees. Most scholars say that it is permissible to touch what is between the navel and the knees, but not the vagina or anus.” An-Nawawi concludes that it is permitted but hated, as that is the strongest position from the evidence.

This evidence is based upon the practice of the Prophet’s wives: when he wished to be with them during their period, they would put something over their vagina. (Related by Abu Dawud.) Al-Hafez observes, “Its chain is strong.” Masruq ibn al-Ajda’ asked ‘Aishah, “What is off limits to me sexually during my wife’s menstruation?” She said, “Nothing, except the vagina.” (Related by alBukhari in his Tarikh.) 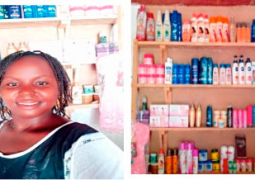