As Two Senior Officers Got Sacked


The Police PRO Superintendent Sulayman Secka has confirmed that Commissioner Yankuba Sonko has been appointed as Deputy Inspector-General of Police.

Yankunba Sonko was the Police Crime Management Co-ordinator (CMC) until his appointment last Friday. He replaces Mr. Momodou Gaye, who was earlier dismissed from the police.

In 1990, he went to where he studied General Police Duties, Detective, Leadership and Paramilitary courses.

Upon his return in 1991, he initiated the establishment of the Police Intervention Unit (PIU) and he was posted to Barra Police Station in North Bank Region.

In 1993, he was appointed as the first Police Public Relations Officer (PRO). In 1994, he was posted to Kanifing Division as Second-in-command. In 1995, he was the Officer Commanding (OC) Kanifing Division.

In 1998, he was transferred to Fraud Squad as Officer Commanding.

In 1999, he was appointed as the CMC at the rank of Assistant Superintendent of Police (ASP).

In the same year, he was deployed on a UN mission in East Timor, where he served as a regional commander of one of the 13 regions in . He returned in 2000 and was posted to the PIU as Commanding Officer.
In 2001, he was posted again in Kanifing Division as the OC. In 2002, he went to read Law in the and came back in 2007, with LLB in Law and was posted as the PIU acting Commissioner, before he was moved to the Prosecution as OC. In 2008, he was appointed as the CMC.

DIG Sonko is said to be a well-trained experience Police Officer who has attended a series of training programmes, including money laundering and other financial crimes, conflict resolution and most recently Intellectual Property (IP) (Copyright).

In another development, the sacking of Chief Superintendent Ablie Sanyang, who was acting as Commissioner of Administration and Chief Superintendent Aziz Bojang, and doubles as Personal Assistant (PA) to the Inspector-General of Police, has also been confirmed by the Police PRO, though he did not state any reason for their dismissal. 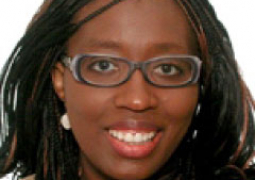