The Managing Director of The Point Newspaper, Mr. Pap Saine has inspired the country's young journalists to work hard and remain committed to the ethics of the profession.

Mr. Saine made this remark yesterday at his office along Garba Jahumpa Road in Bakau when he received in audience members of the Young Journalists Association of The Gambia (YJAG).

The visit, according to association's officials, was meant to discuss with The Point boss to, among other things, seek his guidance and blessing from a man they described as one of the main source of inspirations for not only YJAG, but also many journalists in the country.

The delegation was led by the association's President Assan Sallah who spoke at length about the services The Point boss has rendered and continues to render in the promotion of YJAG since its inception in 2007.

According to him, the visit was meant to discuss with Mr. Saine the way forward for young journalists of The Gambia so as to promote their general welfare.

They also discussed on the increment of salaries for young journalists in order to encourage and motivate them to do more.

Responding to some of the concern raised by the YJAG, Mr. Pap Saine expressed delight, noting that he was impressed with the growing number of young journalists in the country, despite all the challenges.

He promised to encourage young journalists, noting that it has always been one of his agenda.

Concerning the recommendation of the Gambia Press Union (GPU), Mr Saine told young journalists that his institution has done more than that what the GPU has recommended for the remuneration of journalists.

He used the opportunity to appeal to the government to abolish all draconian press laws and give the private media access to information. He further appealed for good cooperation between the media and the government. He emphasised the need for a school of journalism to be established in the country or the university to create a faculty of journalism.

:Gambian journalists should be commended for the their commitment to duties despite the absence of journalism school," he concluded. 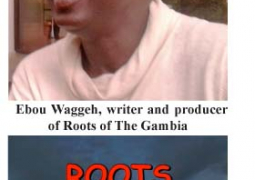