Speaking at the ceremony, the Minister of Youth and Sports, Alieu Kebba Mama Tamba Jammeh, said it was a source of satisfaction for him to preside over the inauguration of a board constituted by personalities who have a rich history and are experienced in their work.

They have seen in them the commitment and, therefore, they are the right people for the development of the institution, he added.

According to minister Jammeh, the PIA is playing a crucial role in the country, because going back to 1970 up to date more than 25,000 Gambians went through the institution’s award programmes.

He thanked the Gambia government for its efforts.

Also speaking on the occasion was the executive director of the PIA, Sainey Drammeh, who said the PIA had been in The Gambia for over 30 years, offering skills to the youths of the country.

PIA is an international award, and it is taking place in more than 140 countries around the world, and in The Gambia it is popularly called President’s International Award.

Bulli Dibba, the board chairman of the PIA, said the PIA would be a team, each reflecting their own strength and covering each other for any individual failures that may arise.

They would be working closely with countless organisations and individuals who contributed so much to the success of PIA.

Dibba added that they would be shaking hands with hundreds of students, and shall touch each other in recognition and in friendship.

He hoped to show that PIA is an institution in which nobody is ever seen as being an untouchable or an outsider.

“That challenges all of them but offers mutuality, making PIA a vibrant and truly joyful place to learn and acquires skills.”

The permanent secretary of High Education, Dr Cherno Omar Barry, also advised the youths to be committed in whatever they were doing in terms of development.

He said in anything that they are doing, if there is no commitment and collaboration there would be no development.

They should listen to each other, and must also learn how to help their various communities, he added. 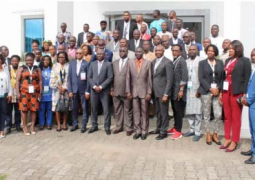 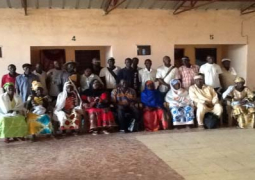