The Banjul Magistrates' Court on 15th June 2009 acquitted and discharged Mr. Pap Saine, Co-publisher and Managing Editor of the Point Newspaper on all charges preferred against him.

Mr. Pap Saine was standing trail on two count charges of obtaining registration of birth by false pretence and acquiring a Gambian passport by false declaration.

In his ruling, the Presiding Magistrate Lamin George, stated that the accused person was charged with two counts of obtaining registration of birth by false pretence and also obtaining Gambian passport by false declaration.

He said the prosecution had called on three witnesses and then closed their case. He added that the accused person neither called a witness, nor adduced any evidence in defence, but his defence counsel made a no-case submission.

"After carefully appreciating the totality of the prosecution case at its highest, I found that it is the prosecution case that the accused person when confronted with the allegations pertaining to his Gambian nationality adduced documents in the form of a copy of his passport, ID card, birth certificate and voting card, these are admitted in evidence and exhibited," he added.

He further stated that "the prosecution's third witness, the Immigration Officer testified not about any false declaration nor of any false pretence to obtained Gambian passport and or registration", adding that this was also true of the prosecution's first witness.

"At this juncture, suffice it to say that a submission of no case should be allowed when there is no evidence upon which if the evidence adduced were accepted, a reasonable court properly directing itself, could convict on it," he stated. He said "in a bid to convince the court, the prosecution submitted that an explanation was required from the accused person so as to support his claim of Gambian citizenship".

Magistrate Lamin George, further stated that "suffice, however to say that the prosecution did not show the reason why an explanation is required from the accused."

"The common law has evolved an exception to the fundamental rule that the prosecution must prove every element of the offence charged," he added.

"In the premises, therefore I hereby found and hold that the prosecution has failed to prove a prima-facie case which depicts and evinces that the accused person made a false declaration to obtained Gambian passport and or that he obtained registration by false pretence as charged," he noted.

"There is not a scintilla of evidence adduced to grant any of the two counts charged," he added. He said "since important and relevant elements of the crimes charged are missing, in that no falsified declaration and or any false pretence in obtaining the aforesaid exhibited documents of photocopied Gambian passport, birth certificate, voting card and ID card". He therefore stated that the court has no option, but to uphold the defence counsel's no-case submission and accordingly acquit and discharge the accused.

"To invite him to enter his defence at this stage of the proceedings would tantamount to a gross violation of the Gambia constitution which provides that every person who is charged with a criminal offence shall be presumed innocence until he or she is proved or has pleaded guilty; and that no person charged with a criminal offence shall be compelled to give evidence at the trial," he ruled.

He finally acquitted and discharged the accused person Pap Saine, of all the two counts charges. 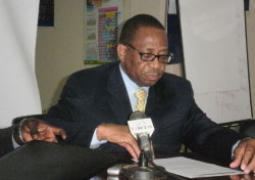 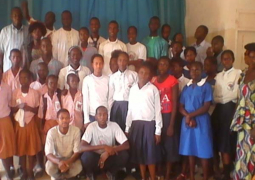 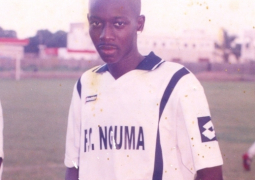