Speaking at the briefing, Momodou Juju Jallow, programme officer of PAG, said peace Ambassadors is an organization that focuses on the development of the human mind.

He said the international youth summer school is aimed at gathering young people and people working with youths to acquire knowledge and skills needed to develop an aptitude for peace building to discuss issues affecting them and map out strategies of resolving them.

He said this was the eighth edition of the International Youth Summer School on peace and is expected to attract 100 young people and people working with the youth.

He said it was slated for 1st to 10th August 2014, at Ziguinchor in Cassamance, Senegal, on the theme: “In the search of peace for Africa”.

He said that among their goals was to enhance political and cultural tolerance that contributes to the socio-economic empowerment of all people and promoting the value of life towards the realization of the culture of peace and non-violence for the children of the world.

He added that among their objectives was to foster tolerance and sense of oneness among young people, to equip young people with the skills needed to promote the culture of peace and non-violence, to promote international cooperation, friendship and understanding for the integration of young people of Africa.

Mr Jallow said during their stay in Ziguinchor there would be a five-day academic lectures, presentations on different thematic areas which include gender-based violence, peace and conflict management, money laundering and terrorist financing and entrepreneurship development.

He said since the inception PAG, over 600 people both within and outside The Gambia were trained on different aspects of peace and its related ideologies.

He said it has become a training ground for young people of Africa from the armed and security forces, to youth activists and social workers.

He said they are partnering with Tango, Concern Universal, the police and the immigration.

We Are One: Let’s look beyond politics and build a more peaceful world The more you look at our differences, the more you realize that we are the same 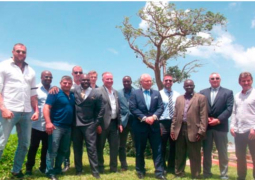 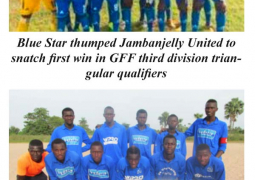