The joint session of the Public Accounts and Public Enterprise committees (PAC/PEC) of the National Assembly yesterday adopted the annual report and financial statement of the Gambia Printing and Publishing Corporation (GPPC).

In his contribution to the debate, Hon. Fabakary Tombong Jatta, Majority Leader and Member for Serrekunda East, thanked the board and the management of GPPC for a “job well done”.

He said another issue of concern to him and the committees is the purchase of equipment for GPPC.

He also expressed concern about the corporation’s capacity to purchase all the equipment they need to be able to do their work perfectly.

Hon. Jatta also lamented the issue of the debt arrears owed to GPPC by their clients, especially by the central government and some members of the private sector, as well as the reluctance by the public enterprises to print their revenue generating materials with the corporation.

He said all the money owed when repaid, the GPPC should be able to purchase all the equipment it needs.

In response to concerns raised by PAC/PEC, the GPPC’s managing director, Momodou Ceesay, said they “are planning to work with the government” to help GPPC purchase all the required equipment.

MD Ceesay further told PAC/PEC that even if the central government and other companies should pay them that would not be enough to purchase all the equipment needed for the corporation.

On the issue of annual leave, he said although they inherited that situation from the previous management, they would work on it for the better.

The other PAC/PEC members also thanked the board and the management of GPPC for a “job well done”. 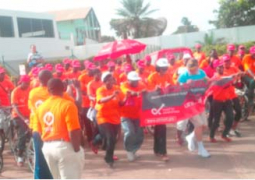