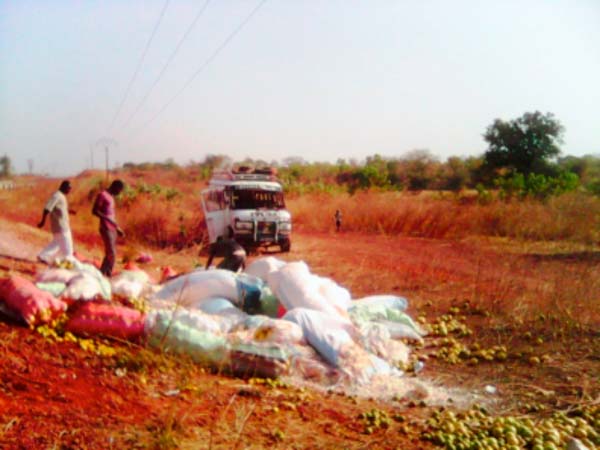 A Senegalese driver whose car somersaulted along the Trans-Gambia Highway on Thursday is currently in custody at the Mansakonko Police Station, The Point newspaper can confirm.

The forty-seater mini-bus carrier with the number plate KL 0877B went off the road at the hill between the villages of Jarra Pakalinding and Jenoi, when on its way to Dakar from Cassamance.

No death was recorded, but several passengers sustained serious injuries and were rushed to the RVTH in Banjul and Farafenni hospitals.

According to eyewitnesses, most of the passengers were children heading to various parts of Senegal with their leaders for Qur’anic studies.

One of the survivors stated that one of the women had her hand amputated, while one of the men sustained an amputated palm.

He observed that one of those referred to the hospital included a one-year-old baby boy who sustained a head injury.

The police public relations officer, ASP Lamin Njie, told The Point newspaper that the accident is believed to have occurred due to overloading.

He confirmed that the vehicle was loaded with about forty bags of oranges and baobab.

According to ASP Njie, the driver, Samba Sall, is likely going to face charges of negligence-related offences. 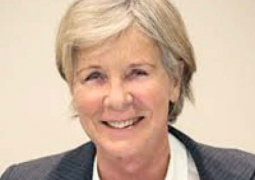 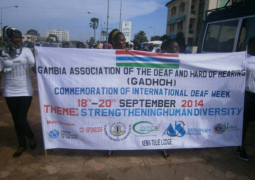