A financial statement submitted by the newly set up team of revenue collectors at the Basse Area Council (BAC) has revealed a huge surplus of D88, 360 in revenue collected during the month of July.

The statement, which comes in the wake of a series of scams discovered at the council recently, was submitted by the task force committee, led by Amadou Manneh during the council's last monthly meeting.

According to the statement, the new task force collected an amount of D113, 360, compared to D24, 900 previously collected by the former revenue collectors, who were sent packing following the discovery of the scams.

Soma Jallow, Ba Omar Bah and Lamin Conteh were all sent packing for their failure to adhere to the stipulated rule laid down by the Basse Area Council, to deposit the revenue collected in a particular bank.

The full scale of the scam emerged following the trio's failure to abide by the council's instruction, adopted by the BAC councillors, for the revenue collected to be deposited in a particular bank account.

BAC Chairman Omar Sampo Ceesay, speaking to this reporter in Basse, commended councillors for "the good work that resulted in the increment of revenue for the council."

Chairman Ceesay advised the new team of revenue collectors to continue the work already started by the task force. He advised them to desist from any malpractice that would result in financial loss for the council. 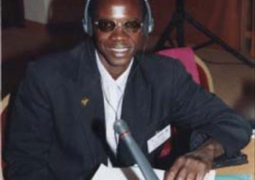