The greatest tragedy of all African states is the introduction of foreign gods and languages, cemented by tribes, decimated by education without intelligence.

Before the advent of the foreign intrusion into Africa, we worshiped our Gods in harmony with our neighbors. There were no levels of superiority or rivalry between our Gods. We respected each other’s Gods despite our tribal, regional space or academic differences. Africa was a  borderless state, yet we were a-big family with no borders.

The arrival of the foreign incursion changed everything, they disrupted our cultures and our  Gods. Although there is no right or wrong culture, every culture has a logic of philosophy  guiding it. Our culture guided us in harmony with our neighbors concerning our religions and  languages with man-for-nature or eco-centric orientation.

In the past, Africans were capable of learning to attribute meaning to our surroundings and  situations, drawn from our religious resources (our original Gods).

Africans were told that they were children of lesser Gods. And the only gods and languages they  should value and respect were theirs. On behold to the Africans that they signed their death  warrant to foreign lesser gods at the detriment of our superior Gods. Our Gods were devalued,  relegated to the bottom while they introduced their gods in their image, and elevated their gods  above ours, what a tragedy of faith.

This foreign religious manipulation was vividly evident in the use of the slave bible. This  Christian bible was explicitly edited for slaves during the slavery era and produced in England in  the early 19th century.

Africans are so embedded in these foreign religions that they failed to refine, develop, make our Gods palatable and sell it to the world.

Today in Africa, particularly in Nigeria, they are doomed to the forces of foreign gods;  Christians against Muslims, fighting over religious hypothesis, an abstraction of ideas.

Africans are prisoners of sorrows and lamentations. They have relegated what they should do to  God, when God is an exaggeration of the worship of the cultural self. God is as the wind, which  touches everything. They failed to conquer, master and nurture their natural environment,  instead solely rely on divine intervention in their survival.

The bible and the quran is a collection of religiously authoritative texts or books, a documentary  hypothesis. A hypothesis is an assumption or concession for an unexplained occurrence that does  not fit into current accepted scientific theory. In other words, the hypothesis implies insufficient  evidence to provide more than a tentative explanation.

Religion has no place in any business equation. In African today, research and development  along with common sense have been relegated to divine intervention. Africans must understand  that religion is about morality and ethics, while science is about the natural order of things or  nature.

Hence, religion and science are mutually exclusive. Likewise, wishes and hopes are not business  strategies. Religions can hardly fit into the generalized theoretical categories employed by social  scientists, a contestable character of religions.

Africans are slaves to their colonial masters who govern them, and the religions they gave them,  manages their conscience. Hence, Africans will continue to be under the control of their colonial  masters.

The danger to the development of Africa is in the hands of the so-called educated Africans. They are the architects of Africa’s failures due to their religious oversight. They tend to be more  religious than the foreigners that introduced these doctrines to them. They have no common  sense approach to religion and development.

Africa is a blessed continent. Once the engine of development is on, there is no limit to the power it can generate. If only all the natural resources are still available for development.

Africa is the only continent where we do not value and worship our Gods. Research and studies indicated that the mother tongue (thinking language) is the best instructional language, an enabler that facilitates better learning, understanding, and transfer of knowledge. African is the only continent where foreign languages are used as lingua franca, both in their institutions of learning and business.

The energies and creativities Africans infused to foster foreign religions, and languages, if channeled to develop African Gods and languages, it will catapult Africa to the pinnacle of developments. And, Africans will be respected around the world. This creative tenaciousness will also lead to further developments within the continent, particularly in Nigeria.

Until Africans develop and make their Gods palatable, think, and teach in their mother tongues,  speak in one voice, break the border barriers, Africans will never have peace or harmony, not anytime soon.

In Africa, what is logical is not practical, while what is practical is not right. Whichever is right,  is not ethical, and ethical things are not desired. And the desired is not logical. That is the state of Africans and Africa affairs.

Leadership is the center of the effective utilization of resources. The true essence of leadership is personal conquest, discovery, and self-esteem. Until Africans ostracized the ghost of low self-esteem from their consciousness, return to their original Gods, use their languages for learning, and lingua franca, Africa is going nowhere anytime soon.

The sleeping giant of Africa is busy sleeping when other countries are busy working on  developing their economies. Instead, they are religiously praying for the foreign gods to rescue them from greediness, selfishness, and ignorance.

A country where the primary mission of their politicians is to make money with impunity, and  where greed runs in the veins of its citizens, instead of correcting their situation, they are busy  praying for salvation.

Instead of building factories and businesses, Nigerians are busy building churches and mosques,  instead of paying taxes, they are religiously paying tithes. Their pastors are getting fatter while  the congregation is getting leaner. Yet, they are waiting for their foreign gods to change their circumstances.

Yet, they keep praying for change. Insanity is doing the same thing over and over while  expecting a different outcome, that is not the law of nature, and there is no divine intervention that will change the outcome.

The world is changing, Africa must change her thinking if they except any change in their states of affairs. Africa will never return to its past glory until there is a total redirection of her mindset.

Africa, one continent, many worlds, prisoners to foreign religions and languages, while neglecting their Gods with a refusal to develop their languages or Gods. Africans have adopted  Willie Lynch’s making the slave mentality, and are perpetuating it very well.  From the desk of Dr. Bamidele Adeoye

“A leader of Self” 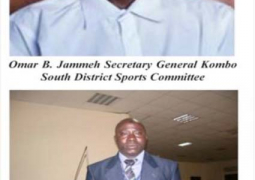 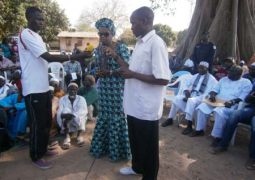