In the course of my service as a civil servant, I was privileged to be close to Sir Dawda Jawara on a number of occasions. Some things he did or said stands indelibly in my mind. I wish to share a few of them with the dear readers.

While I was serving as Commissioner (now Governor) in the then MacCarthy Island Division (now Central River Region), Sir Dawda came to campaign for re-election as President of the Republic. During one of his meetings at Georgetown (now Janjanbureh), a young man took the microphone. He faced the President directly and said he was an Opposition Party supporter. He severely castigated the policies of the PPP to the extent of almost insulting the President. As a result, two police officers present at the rally advanced on the young man. Sir Dawda however, stopped the police from doing anything to him. Sir Dawda stated that the man was entitled to his views and that he was not insulting him personally but the Presidential chair that he was sitting on.

On another occasion, Sir Dawda’s entourage arrived at a village in the Sami District of the MacCarthy Island Division for a meeting. No arrangement was visible for a meeting. The village Alkalo came out and stated that the President and his entourage were not welcomed to their village because they were all supporters of the Opposition Party. Sir Dawda replied that, that was fine and that they could even throw their votes into the river if they wished. He jumped into the car and we drove off.

I was privileged to be the Permanent Secretary at the Ministry of Finance during the implementation of the Economic Recovery Programme (ERP) in the 80s. As expected, expenditure discipline was a key component of the programme. Expenditure was maintained strictly on the basis of the quarterly allocation of funds to the Ministries. Once, I received a call from the Office of the President requesting for additional funds because their quarterly allocation had been exhausted. I replied that the quarterly allocations were to be respected by government Ministries and besides I had no authority to vary such an important component of the ERP. I later learnt that the funds were needed to meet the utility bills of State House and that when Sir Dawda was informed about the position of the Ministry of Finance that the quarterly allocation must be adhered to by all; he took out his own personal cheque book to pay for the bill. The able Hon. Minister of Finance at that time, Hon. Sheriff S. Sissay intercepted the cheque before it was taken to the bank for cash withdrawal in order to foot the utility bill for the State House. The Finance Ministry provided additional funds to the Office of The President from then on.

In one of their estimates, the Office of the President included in their budget proposal an amount of Thirty-Five Thousand Pounds Sterling, £35,000.00, for the purpose of purchasing a bullet-proof car for the President. It should be specified that this was after the 1981 attempted coup. The Ministry of Finance opposed that expenditure proposal on the grounds that the bullet proof car was too expensive given that the government was implementing an austerity programme. The disagreement between the officials of the Office of The President and the Ministry of Finance on the purchase of the said vehicle was referred to Sir Dawda for decision. Sir Dawda decided that such expenditure was unnecessary because anyone who wanted to kill him could wait until he came out of the bullet proof car to do so.

I have personally learnt from the above that the respect for human rights and the rule of law is not an abstract idea hanging in the air, nor a text in books to be read and shelved. It is a day to day behaviour of everybody inside or outside of government, especially those in positions of authority. That it is the summation of the daily decisions and behaviours of the individual that adds up later in life to make one deserve or not to deserve the honour of being Great.

As we collectively put hearts, heads and hands together to build a new Gambia, it is both necessary and important that as a country we look back to the foundation stone of The Gambia. I am referring to the founding fathers of our country, who they were and what they stood for. We should start by acknowledging them. As far as I know, all of them died poor.

Today, there are virtually no streets or monuments honouring them. Remembering them in that way could serve as an encouragement to the young generation to aspire to be remembered in the same way. At the same time, the values on which they built the Gambia are today more relevant and needed that ever before. Those values were respect for human rights, the rule of law, democracy, judicious use of power, the absence of tribalism etc. etc.

Let us try to build a country where political differences are a result of party ideology, policies and programmes and not personalities. 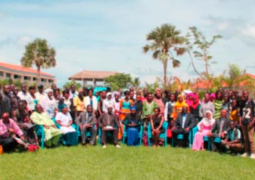 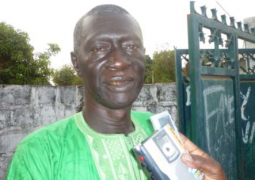