Your election has raised great hopes of democratic change in your country and it is with this in mind that Reporters Without Borders (RSF), an international organization that defends media freedom, would like to draw your attention to a recent physical attack against a journalist.

Kebba Jeffang, a reporter for the newspaper Foroyaa, was violently attacked by your supporters during the press conference that your foreign, interior and tourism ministers gave on 5 March. Your supporters ejected him from the room, hit him and tore his clothes because he asked a question about the possibility of a split in the ruling coalition in the run-up to legislative elections.

This kind of arbitrary behaviour cannot be overlooked because it would mean tolerating violence against journalists and allowing it to go unpunished, as was the case under your predecessor, Yahya Jammeh, whose long years as president were marked by many violations of human rights and freedom of expression.

We ask you to condemn this act of violence in an unequivocal manner so as to send a strong message to your supporters and to all Gambians. We think it is essential that your fellow citizens do not doubt that a new era, marked by respect for media freedom and the rejection of any violence against journalists, has begun under your presidency.

Your country is ranked 145th out of 180 countries in RSF’s 2016 World Press Freedom Index and your predecessor was on RSF’s list of press freedom predators. Under his regime, freedom of information was repeatedly flouted, communications were cut or censored, and journalists were attacked, arrested, tortured, sentenced to death or murdered. Some, such as Chief Ebrimah Manneh, disappeared without any proper investigation by the authorities, leaving families deeply wounded.

In this regard, we welcome the fact that you have shown a desire to investigate these abuses by announcing a Truth and Justice Commission and, on 2 March, by arresting a soldier suspected of having had a hand in the 2004 murder of Deyda Hydara, co-founder of The Point newspaper and correspondent for RSF and AFP. We urge you to ensure that these initiatives are more than goodwill gestures and that they produce concrete results.

We also hail your choice for the position of information, communication and technology minister, Demba Ali Jawo, a former journalist and head of the Gambia Press Union, who has promised the necessary legislative reforms.

In this respect, we insist on the urgent need to repeal the law on sedition, which has too often been used to imprison journalists and restrict free speech, and on the need to amend the information and communication law and the penal code (which were made more restrictive in 2013) in order to ensure that journalists can no longer be imprisoned in connection with their work.

We are aware of the extent of the challenges you face and the wounds that the Gambian people must heal in order to move forward. Deep transformation is essential in order to turn the page on the Jammeh era and to restore Gambians’ trust in state institutions.

This is first and foremost your battle but journalists also have a key role to play in a country’s democratic life. The men and women of the media must be able to work freely in order to rebuild trust between Gambians, democracy and the rule of law. To this end, we hope they will have your full support. 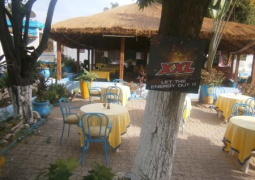 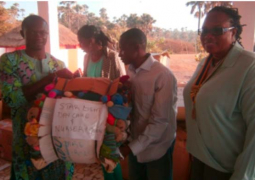 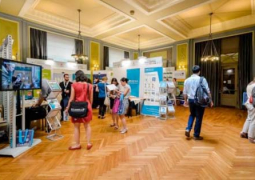