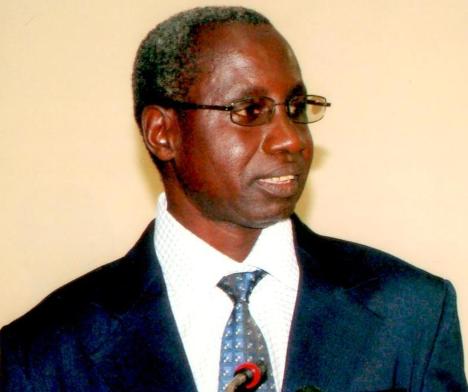 No man is worth his salt who does not live and die for a great for his nation. Theodore Roosevelt

With over three decades of distinguished and dedicated services to The Gambia, the late Momodou Kabba Tambajang hailed from Bansang Town in the CRR. A graduate of the prestigious Armitage High School just miles away from his hometown, Kabba as he was most popularly called, joined the Customs Department in 1977 and rose through the ranks until his appointment as Director General a decade ago. Known for his humility, selflessness, honesty, professionalism, through him the department witnessed remarkable revenue collection from few million dalasi monthly to hundreds of millions of dalasi.

As circumstances would dictate, economies evolve with time which therefore, requires governments to adjust appropriately according to such emerging realities. The Gambia as we all know heavily depends on foreign aid or loans to finance development programmes for the people, it thus became necessary to set up a revenue authority which is usually a merger of the traditional sister revenue mobilisers; Customs and Income Taxes Departments. This development was meant to enhance and maximize the mobilization of the much needed domestic revenue in a bid to enjoy economic independence and political sovereignty. This placed The Gambia on the road to the attainment of debt relief dedicated to countries that have been dubbed as highly indebted countries (HIPC).

Owing to this development, the government of The Gambia passed legislation in the National Assembly known a s the Gambia Revenue Authority Act 2004. This established the GRA which was first headed by a Kenyan WB Expert, John MsAfari  to set up this strategic national institution which would soon see the appointment of the first Gambian Born Commissioner General, Momodou Kabba Tambajang who until his untimely death on Tuesday 14 December 2010 was the CG. Through his dynamism, astuteness, adeptedness and professionalism, Kabba steered the affairs of the new merger which today is a model among many countries as a huge success story. The initial feat he had to engage in doing was the successful bonding of the different departments and directorates who in their individuality and collectivity had different cultural mindsets and worldviews. However, through his superb leadership as a good shepherd, the GRA has since emerged as  one family  who are highly motivated and focused on producing results which is attested to by the steady growth of revenue collection which is now in the tune of hundreds of billions dalasi accounting for 20% of GDP and over 80% of government revenue.

During his tenure as Commissioner General, Tambajang demonstrated his genuine loyalty to the state and his only motivation if any in carrying out his job with such performance and success was his patriotism to The Gambia and his fear of Allah. The man conquered flesh and all other worldly matters meaning he focused only in doing the right thing for the sake of the job.  He was incorruptible and conquered pettishness which continues to plague efficiency among institutions and organizations.  Some people within GRA branded him a workaholic and he would often stick his neck for performance. Perhaps one of the reasons he was such a conqueror was the fact that he valued time so that he never failed or missed an appointment even with those among the lower cadre of the Authority.

Out of his humility and modesty, the late Momodou Kabba Tambajang would rather leave his desk and meet you in your office for consultations and never rests until assignments he gives are completed or would keep knocking at your door or coming to your desk and in his usual soft unassuming tone saying “how far”. All this is done with respect to your person as an officer rather he treats you as a colleague than as his so-called subordinate. This helped most of us who worked though briefly under him to complete assignments on time.  The man led a simple and ordinary life style which amazed many in many respects. He hardly got driven in the “state of the art” GRA 1 Official Car allocated to him. Often times you bumped into him walking in the bustling streets of Banjul especially when going to attend meetings at the State House or Ministry of Finance. As soon he gets home, he allowed his driver to go away with the vehicle only to be picked up the next morning for work. Owing to simplicity in character and high level of integrity, one can hardly say who he was among the lot rather he moved and talked so simply and quietly.

The man called Kabba owned a simple house in New Jeswang a place usually indundated with floods during the rains. As in the words of the Mayor of the Kanifing Municpality, people of Kabba’s caliber would not reside within such neighborhoods but out of simplicity and humility he remained with his neighbours and used resources that he could have invested in owing another house in Bijilo, Brusubi or Fajara towards a mosque for the worship of Allah. Instead spending time trotting the globe like is common practice among many a CEO, Kabba only travelled twice officially throughout the three years I have worked under him. He decided to stay and produce results by following the Corporate Mission of the Authority:” to promptly assess, collect and account for all revenue due to government in a fair and transparent manner…”

The man was so professional and skillful in doing his job thus making the Authority into a reference point or role model for other revenue administrations who have visited the GRA on study tours to learn from best practice and our success story. The latest to come was the Malawi Revenue Authority in October 2010.

As in the words of Zig Ziglar, one can see and imbibe such values and qualities from the late Momodou Kabba Tambajang:

And this shall be enough to separate you from the multitude.

The late Momodou Kabba was a very good planner with taste for organization and he did it with such a remarkable attitude of professionalism that he produced such outstanding results.

He did things with great degree of aptitude and he consulted with his colleagues without a mark of arrogance but rather with respect and dignity so all gave him their total support.

In everything he did, he participated with servitude to the state and his God and his last breath was so peaceful that those around him thought he was relaxed an ordinary sleep and his funeral attracted multitudes of mourners from far and wide and from people of all walks of life, a crowd I had never seen at any funeral. Everyone that went to his funeral participated with gratitude for all he has done for the nation.  I saw him barely thirty minutes before his last breath and the ever pleasant Kabba was there smiling and waving at us. How I wished I knew that was a final bye- bye. We shall meet again drinking from the streams of Firdaus INSALLAH.

A man of faith, he received everything with gratitude to his creator, his messenger, his two parents, the government and his colleagues that GOD through the people treated his funeral with gratitude unmatched.

Having led a quiet, humble and simple life, his service made him stand out as one of the most honourable civil servants this country has ever known. He stood out in the multitude as an icon of honesty, humility and respect.

As we say adieu to Momodou Kabba Tambajang, our hearts filled with grief yet lessons must and should be drawn form his rich life and young Gambians wishing to render selfless service to the nation should endeavor to draw inspiration from the man’s life.

May your gentle soul reside in JANNATUL FIRDAUS. AMEN!