It is very sad that today is still as much in problems as it was more than a century ago, as the continent continuously suffers and recovers from one tragedy to another.

Natural disasters such as droughts hit many countries in Sub-Saharan Africa while human-made disasters are taking their toll on many other nations.

There have been millions who were made to be refugees and internally displaced people from conflicts in .

Hundreds and thousands of people have been slaughtered from a number of conflicts and civil wars.

This is very unfortunate, and the suffering must end now!

From Guinea Bissau to and Southern Sudan, and now, again, in , there are conflicts all over the continent.

In , for instance, the pro-junta forces have taken control of the main anti-junta military base after two days of fighting in the capital city, .

Many people were reportedly injured and killed in the fighting, at the time when ECOWAS is planning to address the Guinea Bissau political crisis.

We urge the international community, including the regional bloc ECOWAS, to take drastic measures against all those responsible for these and many other atrocities in the continent.

ECOWAS must impose sanctions and other possible measures in to avert a possible civil war.

Our leaders must also serve the continent as best as they could, so as to make sure they live no room for conflicts.

In fact, it is sad that most African leaders are responsible for their betrayal to the advancement of the aspirations of the African people.

For there to be peace and stability in , our governments must ensure the adherence to good governance and respect for human rights. 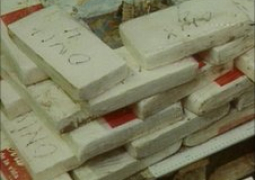