Hundreds of Kenyans on Wednesday during the third day of the 5th Multilateral Initiative on Malaria (MIM) Pan- African Conference demonstrated at the Kenyata International Conference Centre gate, calling on the American President Barack Obama to lead the way in mobilising more resources in the fight against AIDs, TB and malaria.

The demonstration which was organised by a Kenyan NGO, called Kenya AIDs, saw demonstrators wearing T-shirts with a slogan (yes we can-help the other half).

Shortly after the peaceful demonstration, the group leaders convened a press conference to brief journalists on the objectives of the demonstration.

According to Eduward Mwangi, the Chief Executive Officer of the NGO, the demonstration was meant to urge President Obama to raise two billion dollars fund for the Global Fund AIDS, TB, and Malaria for one hundred and forty African countries.

He noted that donor governments' contributions to the Global Fund have not kept pace with the demand of high quality proposals, aimed at making life saving drugs available to everyone who needs it.

Mr. Mwangi pointed out the Global Fund is facing a major funding gap, which according to him, must be filled if it is to continue its work to scale up and expand successful projects.

Mr. Nelson Otwoma, the National Coordinator of the National Empowerment Network of People Living with HIV in Kenya, said countries are curtailing ARV scale-up and programmes that have seen massive progress.

He added that in months to come President Obama has the unique opportunity to take the lead in ensuring that Africa is able to take treatment levels past halfway point and all the way to the finish line.

He thanked President Obama for his efforts in the fight against AIDs, TB, and malaria. 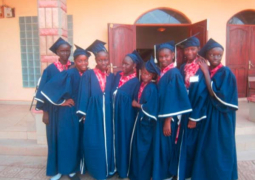