"The Public Relations Officer (PRO) of the newly initiated National Refrigeration Technical Association (NRTA), Alagie Jallow, has said that his association will do their level best to fight against ocean depleting layers.

He made his remarks in an interview with The Point recently. Mr. Jallow revealed that his association was formed on the 10th of April this year and aims to tackle ocean depleting layers which harm human life.

He further reveled that in 1985 The Gambia signed the Montreal Protocol and in 1997 the Gambian government made a firm commitment to tackle ocean-depleting substances.

"In May 1990 the Vienna Convention verified the protection of the ocean and the monitoring of damaging substances," Mr. Jallow said.

He pointed out that NRTA will sensitise the public about the bad impact of such substances.

He expressed optimism that the NRTA, in collaboration with NEA will make sure that they achieve their dreams and aspirations. 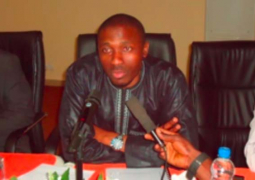