Abdou Ngum, Lamin Dibba, Abubacarr Drammeh and Momodou Gaye were on the 22nd April, 2009, brought before Acting Principal Magistrate Sainabou Wadda-Ceesay of the Kanifing Magistrates' Court and charged on two counts of fraud and conspiracy, a charge they all denied.

According to the charge sheet on count one, the accused persons on or about the 30th October, 2008 at Latrikunda and diverse are with intent to defraud, jointly conspired to deposit a fake Euro cheque face valued 9,743,726.72 into account No.0010094900672201 with ECO bank, knowing same to be false.

Count two indicated that Abdou Ngum, Lamin Dibba and Abubacarr Drammeh on the same day at Kairaba Avenue with intent to defraud, jointly deposited a fake Euro cheque valued 9,743,726.72 into their account No. 0010094900672201with ECO bank, knowing same to be false.

The accused persons were granted bail with the sum of D10, 000, 000.00 with two Gambian sureties who are in possession of a landed property within the Greater Banjul Area.

Defence counsel, O.D. Mbye, applied to the court to review the bail condition and further said that the accused persons did not take anything and as a result, nobody suffered.

ASP Bojang, the prosecuting officer, told the court that he did not have much to say that he had left everything with the court.

He stated that he had no objection to the application made by the defence counsel for the court to review the bail condition.

But Magistrate Wadda Ceesay did not grant the application and said that the bail condition would remain the same. She then adjourned the case to the 6th May 2009 for hearing. 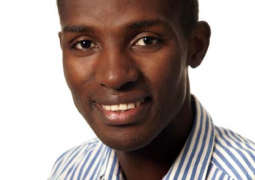