Alhagie Alasan David Cham, the chief of Nianija district in the Central River Region has raised concerns over what he described as the mismanagement of the Njau and Niamina Maro bird hunting camps in his district.

According to Chief David Cham, the two camps have been operating for more than four years and it is only the Njau bird hunting camp that has been contributing to the socio-economic development of this country, by providing employment opportunities for Gambian youths.

He said the Niamina Maro bird hunting camp, which is the biggest camp in Nianija district, has not been effectively contributing to national development, especially in areas of employment for Nianija youths.

Chief Cham, who was speaking during a nationwide tour of forestry sites by the Minister of Forestry and Environment appealed to the government of the Gambia to look into the activities of these camps.

He expressed delight at the Minister's tour, noting that it comes at a time when there are many burning issues that the community of his district want to express but don't know where to lodge their complaints. The coming of the Minister, he stated, will have a great impact in his district. Chief Cham further expressed dismay over the mass destruction of rice fields in his district by hippos.

He also used the occasion to appeal to the relevant authorities to look into the issue, which he added, remain a major concern to his people.

For his part, the chief of Sami, Alhagie Kawsu Leigh also expressed similar sentiments and commended the Minister of Forestry and Environment for making his tour a reality. He also buttressed the need to protect our forest cover in all its forms.

Responding to the issues raised by various chiefs, the Director of Forestry, Abdoulie Sanneh emphasised that the protection of the forest should not be compromised at any cost. He noted that "if people should realise the important of our forest, then they would put all hands on deck in the protection of the forest." He noted that illegal activities in the forest should be every citizen's concern.

For his part, the Permanent Secretary at the Ministry of Forestry and Environment Lamin Nyabally assured the community, especially his forestry staff that the issue of mobility will be addressed. He informed the gathering that the Ministry of Forestry has requested 15 vehicles from the government of The Gambia with the aim of enhancing effective work of the forestry staff in the regions. He said the only thing needed is the cooperation of the community. 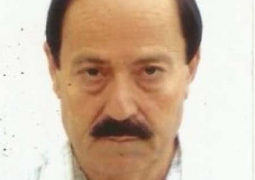