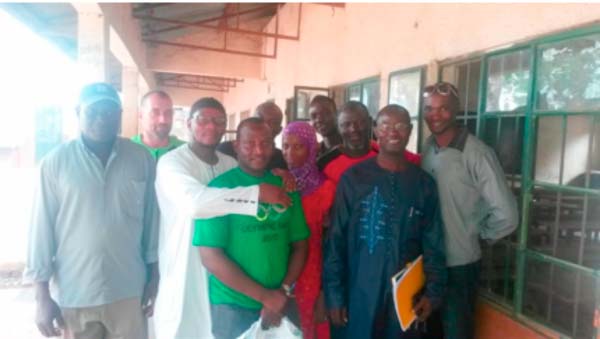 The new President of the Gambia Judo Association Timothy Colley has vowed to make Judo attractive in The Gambia.

Colley was speaking at a re-union meeting with the stakeholders in the sport over the weekend at the St Therese’s primary school hall in Kanifing.

It could be recalled that the Association was dissolved by the National Sports Council last year after failing to meet the requirements of the council.

“We have already regulated our status with the authorities and it’s now our duty to develop the sport in the country,” said Timothy Colley.

“I will make sure that Judo attracts many youths and possible, so that it be can be practiced almost in every part of the country”.

The Gambia has qualified one judoka in Alex Faye Njie for the men’s lightweight category (73 kg) at the 2016 Olympic Games in Rio de Janeiro Brazil, signifying the nation’s Olympic debut in the sport.

Faye is undoubtedly Gambia’s most recognised judoka with an international reputation built on success registered recently in Africa and Europe.