President Yahya Jammeh Tuesday promised the people of Brikama in the West Coast Region that, come next year, he will build a major hospital in the town.

Addressing a meeting in Brikama and Sibanor on Tuesday as part of his meet-the-people tour, the Gambian leader, who will be seeking a fourth term in the forthcoming 24th November presidential elections, tasked the ministry of health and the chief of the area to identify an empty land measuring 700 by 700 metres for the construction of the hospital.

“I know the present health centre cannot meet the demands of those in Brikama alone because of its population and its catchment villages,” Jammeh told the meeting, adding that it is also part of his government’s plans to construct the Brikama-Berewuleng road up to Darsilami junction.

Jammeh commended Gambian women for their support to him and the APRC party since 1994, noting that if all men were like the women, everybody will go to heaven.

He also commended the people of Brikama for what he described as the warm welcome accorded to him, while expressing sadness over the slow pace of development in Brikama.

According to President Jammeh, though the opposition United Democratic Party was formed in the , it became stronger in Brikama as its people gave their full backing to the UDP party.

“What even made me surprise is that the UDP has taken Brikama as their headquarters,” he added, promising that from now on, he will pay more attention to Brikama in terms of development.

Speaking at the Sibanor meeting, President Jammeh called on parents in Foni to be more caring of their children so that, in the future, their children can also take care of them.

He also called on the youths of Foni to stop residing in the Kombos, and to return home to help their parents in their farms and other domestic works.

Aja Sifaye Hydara, lady councilor in Brikama, appealed to the Gambian leader to construct the feeder road linking Kubuneh to Brikama, Brikama to Kassa Kunda and other feeder roads within Brikama town. 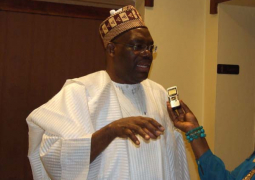