Members of the National Assembly Tuesday enacted the Private Security Guard Companies Bill 2011, paving the way for a regulatory framework under which these companies can be managed and monitored to ensure that their practices are in line with government regulations.

The bill, tabled before deputies by the minister of the Interior, Ousman Sonko, seeks “to establish a legal framework which shall regulate the private security industry by establishing minimum standards of behavior on the part of both private security companies and the guards employed by them”.

With the bill, it is hoped that clear guidelines shall be established for the operations of these companies, as well as the employment of their private guards, Sonko added.

In moving the motion before deputies, Interior Minister Sonko said that, over the last few years, there has been an unprecedented proliferation of private security guard companies in The Gambia.

However, he noted that in the absence of a legal framework, their operations have largely been regulated administratively by the Ministry of the Interior.

“In the absence of a legal framework, it is difficult to maintain standards, and the exploitation of persons employed as private security guards becomes rife,” Sonko told deputies.

According to him, the security services, particularly the Gambia Police Force, cannot provide 24 hours security to households, private companies, international organization or businesses and multi-national companies, which need requires the private security guard companies to operate. “But this must be in a well-regulated environment. As a result, there is need for bridging this security gap,” he said, adding that the mere presence of the private security guard companies personnel at their guard post has been serving as a deterrent for criminals to commit crimes.

He noted that the bill is necessary to continue to create an enabling environment, as well as safeguard the government’s high-level commitment to the maintenance of professionalism at all levels, whether private or public, and to ensure uniformity in the industry.

He further stated that the bill will also ensure that the quality of service in the industry is in line with international standards, and given government’s standard workforce. 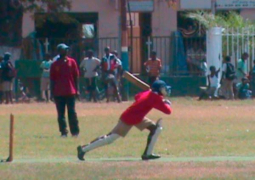