The , on behalf of Bishop Axel Muenster, the Vice-President of the -The Gambia, on Saturday donated two motorbikes to district ministers of their denomination, at a ceremony held at its office in Bundung.

District elders received the motorbikes, namely Barbosa Tu, from Sami, in charge of , and district Envangelist Mbana Nyass from Kotu in charge of district.

Senior officials of -The Gambia saw the need for district ministers to visit the numerous congregations and travel longer distances on a regular basis to make donations.

This latest development, according to many, will facilitate and allow better use of time, as well as improve pastoral care in future.

Speaking shortly after the handing over ceremony, Bishop Axel Muenster expressed delight at the hard work of the Ministers.

"We have five district in The Gambia and these district ministers are working in all these areas," he said.

Bishop Muenster further explained that there are plans to give motorbikes to all their district ministers to ease their movement, noting that the is represented countrywide and that they have over 12 million members world-wide.

He assured that his office would continue to support their district ministers for the development of the congregation. 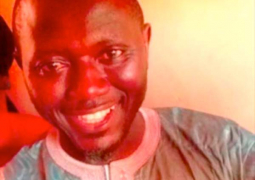